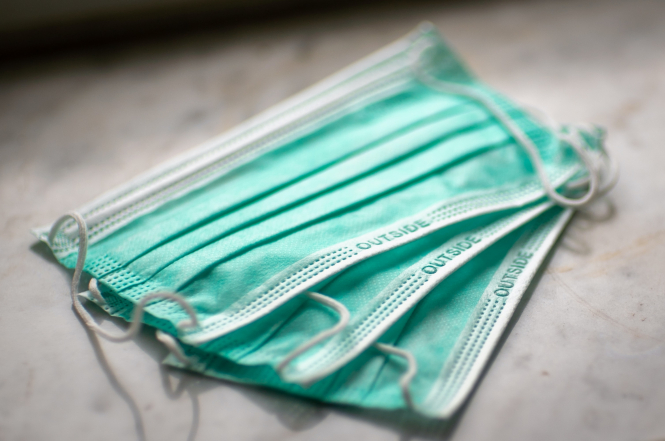 Surgical masks used for protection during the coronavirus outbreak.
By Connexion Journalist

Simple masks, such as surgical ones or washable cloth types, are required on all public transport as well as in taxis. That includes Uber-type cars without plastic screens, but all drivers can demand usage.

Read more: can wearing a mask for too long be dangerous?

It is recommended that shoppers and shop staff wear masks. Staff can insist you wear a mask before entering if they wish.

Other workers are not obliged to wear masks but the government has asked companies to make them available to staff. Teachers must wear masks in class and they are mandatory for pupils at collège but not in maternelle or primaire. A decision was due on lycées at the end of May.

Mayors in some towns, such as Nice, have taken out local orders to oblige people to wear masks “where they can no longer have a metre distance between them”, ie. in crowded public places. They risk a €38 fine. Otherwise, anyone who refuses to wear a mask where it is mandatory, such as in public transport or on an aircraft, will be refused entry and risks a fine of €135.

Consumer protection group 60 Millions de Consommateurs has protested at the soaring costs of simple masks, saying Paris hospitals bought surgical masks for €0.03 before the crisis and these now cost the public up to a legal maximum of €0.95.

Similarly, consumer magazine Que Choisir said pharmacy prices used the €0.95 limit, meaning a family of four swapping masks three times a day could face a bill of €342 a month. Masks were previously in short supply but prices have risen even though they are more available. A box of 200 surgical masks sold on Amazon for €17 in January (nine centimes each) but supermarkets are now selling “at cost” for around €0.60 each.