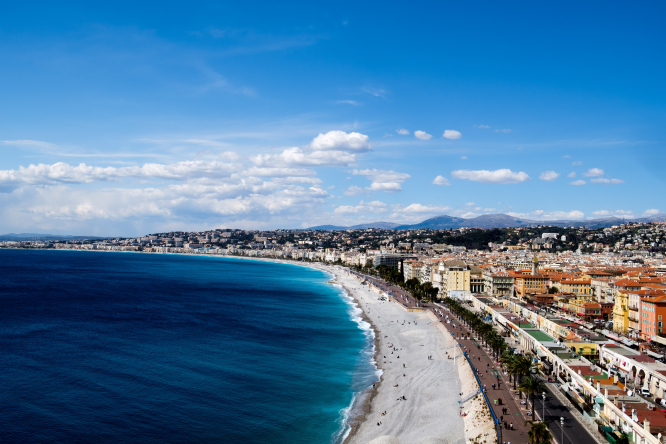 How is the tourism industry faring post-Covid-19? Pictured: Nice, France
By Connexion Journalist

Caroline Leboucher, managing director of Atout France, told Connexion “it all depends on how long it takes for flights to start again”. She said there had been encouraging booking numbers, especially from Belgians, the Dutch and Swiss, since borders with most other European countries opened on June 15.

Atout France’s UK office was aware of “a lot of pent-up demand” as people wait to see if the UK would lift its 14-day quarantine, which also affects returning holidaymakers. The UK is also still advising only ‘essential’ travel abroad, raising issues for many travel insurance policies. “The UK has mentioned setting up special channels for some countries, including France, so there is a chance that we might see some British tourists this summer,” she said. “They are very important to the tourism picture in France.”

Overseas tourist figures from 2018, published this February, suggest that paid attractions in and around Paris will suffer, as they rely on foreign visitors. Most popular in 2018 was the Eiffel Tower, with 8.1million visitors (5.7million from abroad) then Versailles with 7.6million, 4.6million from abroad.

Read more: Eurotunnel UK-France travel: What you need to know

How tourism is planning on saving itself

Tourism professionals have been working on plans to save the season, said Benoît Artige of new tourist industry co-ordination body ADN Tourisme. “We expect sites in and around Paris to be particularly hit,” he said. “They are heavily dependent on foreign tourists and are also sites which attract crowds whereas we hear that people coming for holidays are seeking places with space.”

For the first time, Atout France has turned its attention to the domestic market and launched an online campaign to encourage French people to holiday here. Digital ‘influencers’ are being paid to visit attractions in hopes that it will boost staycationer numbers. “Essentially, we will be relying on French people holidaying in France, although it will be nice if foreign tourists can come here too,” Mr Artige said. “We will not be able to reach levels we saw last year, but people are confident we will see 60-70% of the activity of prev-ious years, which should save many businesses.”

This optimism is backed by a survey which showed 59% of French people intended to go on holiday this year, with 87% planning to stay in France Seaside destinations are the most favoured (54%), followed by country holidays (24%), mountain regions and city breaks (both 12%). Brittany was the most popular choice (16% of those planning holidays want to go there), along with Paca, a study by tourism consultants Contours Conseil found.

Read more: France deconfinement: what opens June 22, in July and beyond

Tourism experts say prices for accommodation are mostly not rising as a result of Covid-19-linked losses. “There will not be many rises,” a spokesman for hotel trade body UMIH said. Camping body FNHPA said rates may even fall as sites bid to attract guests to save the season.

Despite efforts to attract French visitors, foreign tourists will be missed. In 2018 tourists spent €55.5billion, up 2.5% on 2017. In 2017, France was the most visited country in the world, with 89million foreign tourists, Insee statistics show.  Europeans were the most numerous totalling 106million nights, including Britons with 19.8million nights, followed by Germans with 18.2million and Dutch people with 17.9million.

In 2018 figures for nights in hotels, campsites and other accommodation showed foreigners spent 137million nights in France, up 5.4% on 2017. Tourist office figures for in Paris in 2016 showed Chinese and Japanese tourists to be big spenders, spending an average €201 a day, with a third of that spent in shops. Only visitors from the Middle East spent more at €216 per day. Chinese visitors took home on average €362 of goods bought in France.

Read more: all your Brexit questions answered in Connexion's Brexit and Britons in France 2020 helpguide