France deconfinement: What opens June 22, in July and beyond 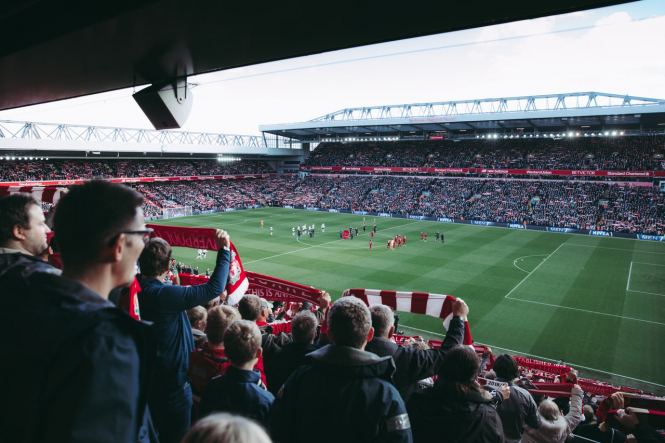 Stadiums are set to reopen in July, as deconfinement continues in France
By Connexion journalist

A statement read: “This new stage of the deconfinement plan confirms freedom as a rule, and makes banning an exception. It rests firstly on the common sense and responsibility of the public, who must continue to show an exemplary attitude to combat the epidemic.”

France recorded 14 deaths from Covid-19-related causes in the last 24 hours, with 727 Covid-19 patients in intensive care nationwide - a drop of 25 since Thursday.

What is opening tomorrow, on June 22?

Sports halls are set to reopen with “adapted preventative [health] measures”, both for amateur and professional sports.

Minister for sports Roxana Maracineanu said: “The fact that [professionals] can now use tests to [train and play] in teams is also a sign of a possible return towards competition, with the football Championship set to restart at the end of August, for example...as well as the possibility of holding several friendly matches later on."

The exception is fighting and contact sports, which can only be practised by professionals with the use of regular Covid-19 testing.

Ms Maracineanu said: “The only restriction is for amateur combat sports. Tests are possible, but they are expensive and not accessible, right now, without a medical prescription. We are still waiting for a drop in the spread of the virus in France to allow two people who do not know each other, who have not been tested, to take part in a combat sport.”

Casino rules have also been relaxed, after they partially reopened on June 2. Previously, only machines could be used, but now table games are also allowed.

Ms Maracineanu added that even though the wearing of face masks was not mandatory in most places, their use is still “strongly advised”, especially in enclosed spaces with groups, or in a stadium.

The state of health emergency is set to end.

Stadiums and hippodromes will reopen to the public, with a “maximum capacity” of 5,000 people. Activities including more than 1,500 people must be declared beforehand.

Matignon said: “The improvement in the health situation is allowing us to lift some restrictions, on the condition that everyone stays vigilant against the epidemic, especially during the summer period.

The minister for sports told news service FranceInfo on Saturday June 20: “People who are travelling to the same place, who are using the same means of transport, and who arrive at a stadium at the same time, that could certainly be a risk, even with a limit of 5,000 people.

“So, what we want is for organisers to offer staggered arrival times, and entertainment in the stadium to allow spectators to wait, so that all 5,000 people do not arrive at the same door at the same time.”

River cruises within Europe will also be allowed from this date.

Similarly, the government statement said: “In coordination with our European partners, it may be decided to allow sea cruises between European ports, for ships with a capacity that does not pass the fixed threshold limit set by ministerial decree.”

Rules may be relaxed further in September, depending on “a new evaluation of the epidemiological situation”.

This could include festivals, exhibitions, shows and salons.

It could also include the reopening of nightclubs and discotheques, as well as international cruise ships routes, “situation permitting”.