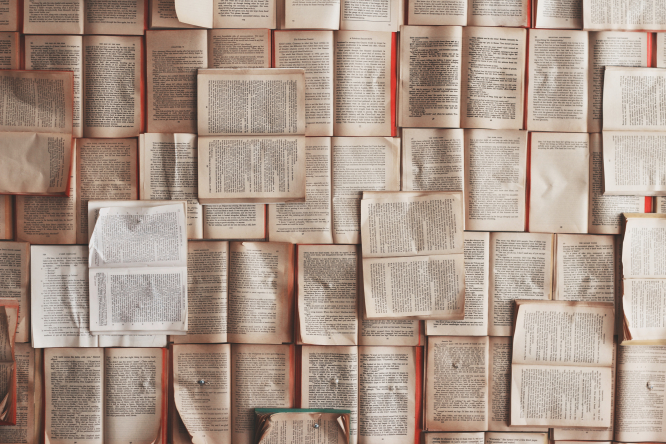 Nairn’s Paris is a guidebook to the city of love like no other. It is full of knowledge, anecdotes, discovery and observations by the late Ian Douglas Nairn, a British architectural critic and topographer who was awarded an OBE for his services to cultural relations between the UK and France.

He lived in Paris and gathered a wealth of intel when it came to how to visit Paris in a way that will allow its magical ways to be seen, which to Nairn often means taking the back streets. But not always – in this book you will find not only recommendations for restaurants, travel, places to see, wine, beer and architecture – he also makes a case for visiting popular tourist sites such as the Eiffel Tower, encouraging the reader to view it through his lens to reveal “hidden realities”.

It is quite easy to imagine the author once exploring the “noble city” that he so loved, making notes, and sharing them in this guidebook. Wander around Paris, take your copy with, and make your own notes, too. Make sure you read the introduction first. Andrew Hussey’s words help paint a picture of the late author, helping the reader to understand his vision and point of view; one of an observant, romantic, clever, poetic and realistic man.

Loyalties is a surprising summer read; light in weight, heavy in subject matter. The story, which follows “not yet thirteen” year-old Théo, is steeped in dysfunction and emotional trauma right from the start.

The reader is omnipresent as we are exposed to Théo’s tumultuous relationships with his parents, his best friend Mathis, and his teacher Hélène – each different and damaging to our protagonist in its own way; from Hélène’s obsessive saviorism to his mother’s deep hatred for her ex-husband (Theo’s father), a disgust that seeps into her son through obsessive washing rituals post custody-sharing-time and negative language used to describe his father.

It is an almost frustrating read, bearing witness to this intriguing and intense story as it begins to unfold, being privy to Theo’s point of view as situations unravel around him that will continue to negatively affect his character throughout the story. Loyalties takes the reader back to dramatic days at school, and invites curiosity to discover how the main characters’ storylines will wind tighter together as secrets are uncovered and facades peeled away.

This book has been translated from French to English by George Miller, who has worked on prize-winning author Delphine de Vigan’s other books, too.

How Pale the Winter Has Made Us by Adam Scovell

The story of How Pale the Winter Has Made Us is as cold and as melancholic as the title suggests. It is set in Strasbourg, and dips in and out of Crystal Palace in London, revolving around the main character Isabelle, a seemingly cold young woman – an understandable personality trait once, very early on, the fresh trauma of her father’s suicide is revealed to the reader in as brazen a way as the news was relayed to Isabelle herself.

Haunted by the news of her father’s death, Isabelle throws herself into uncovering the not-so-strange coincidences embedded in the history of Strasbourg, whilst she is obsessively engaging with the idea of the mysterious Erl-King, digging to find hidden truths. Be warned that the language used to tell the story is visceral and violent.

Dysfunctional families seem to be this month’s unofficial book review theme, and the story behind those dysfunctions, make for interesting reads. A story of history, grief and family ties that bind, Isabelle’s descent into darkness is flawed and realistic, and all so relatable.