City of Nantes’ transformation thanks to its cultural scene 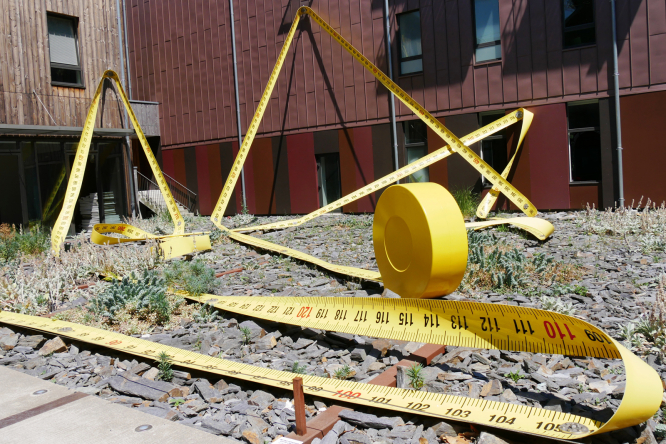 In common with the other port cities on France’s Atlantic coast, Nantes took a beating during World War Two. It was not as completely obliterated as Brest, but it did not escape unscathed, and its fortunes declined over the following decades as the famous LU biscuit factory closed, and the ship-building industry died.

The city desperately needed a revival, and in 1989 when Jean-Marc Ayrault was elected maire, he had a plan: what the city needed was a booming cultural scene. Culture is often seen as the icing on the cake rather than the daily bread that sustains life. There is a prevalent idea that you spend money on culture because you love art and music, poetry, sculpture, mime, film, theatre and everything in between. It is not seen as a shrewd investment for the city.

In Nantes, however, the aim was to use culture as an economic lever, and Jean- Marc Ayrault chose Jean Blaise as one of the architects of the plan. Jean Blaise is an artistic director - of cultural centres, festivals and more. Today he is the director of Le Voyage à Nantes (LVAN), which includes almost every attraction and cultural offering as well as 22kms of green routes, linking them all.

“Since 1990 we had pursued a cultural policy of converting the old industrial Nantes into a modern city with a massive cultural offering. Creativity resulted in the renaissance of Nantes,” he says. “The arts were the driving force. We did projects, we invited national and international celebrities, stars and artists, we created venues and festivals.”

In Nantes the word culture has been interpreted in the widest possible sense, and includes classical, traditional and completely modern art forms. Hellfest (a heavy metal festival) is one of the largest in France, and there are countless others throughout the year.

In September there is normally La Folie des Plantes gardening festival, plus the national Journées du Patrimoine on 18-19 Sept, and the Scopitone electronic cultures and digital arts festival.

One of Jean Blaise’s most cherished projects is coming to fruition this year; the Parfum de Nantes. Yes, a city can have its own perfume! Why did no-one ever think of that before? Working with Art et Parfums three ‘noses’ came to Nantes to sniff the air and try to bottle the fragrance. Three versions are being tested in the city this summer so that the inhabitants can vote for their favourite, which will become the city’s official scent.

“It will be blind tested, so people don’t know which is which and we’re hoping that by September we will know the winner. For me this is part of a project to make the city appeal to all five senses. Culture you can touch, see, hear, smell and taste. When I walk round the city, I don’t just want to do cultural projects that decorate it. I want culture to have a hand in creating the city.”

'You have to know Nantes to love it'

He says Nantes repays patience. "There is a historic centre, and of course Nantes has a massive historical background, but the city doesn’t immediately reveal itself when you arrive.” It is also ‘smart’ in the sense of being digitally connected, and has a young population. “We are inventing the future here in Nantes.”

A date for everyone’s diaries this year is September 10th for the Nuit de Van (Evening of Voyage in Nantes). This is normally held in late spring to celebrate the beginning of the season, but this year for obvious reasons, it is being held in September as a grand finale. Everyone is invited to the event for the evening, the attractions are open, museums are free, there are special lighting effects all over the city as well as concerts, dancing, theatre, and music. This year the atmosphere is bound to be especially joyful.

Another date to mark is 27 September - the Nuit des Tables - which should also be a night to remember. Participating restaurants set tables out on the streets, and serve tasting dishes of their specialities, each plate costing just five euros. Some of the streets are pedestrianised for the occasion and there is also live music.

Far from being spent frivolously, says Jean Blaise, the budget devoted to culture in Nantes has transformed the city, turned its fortunes around and set it firmly on the path to the future.

Who still has to pay the taxe d’habitation in France in 2022?
22 January 2022
More from Explore France
More from Connexion
Get news, views and information from France
Join the newsletter
Subscribe to The Connexion