Paris speed limit set to 30kph across most of capital 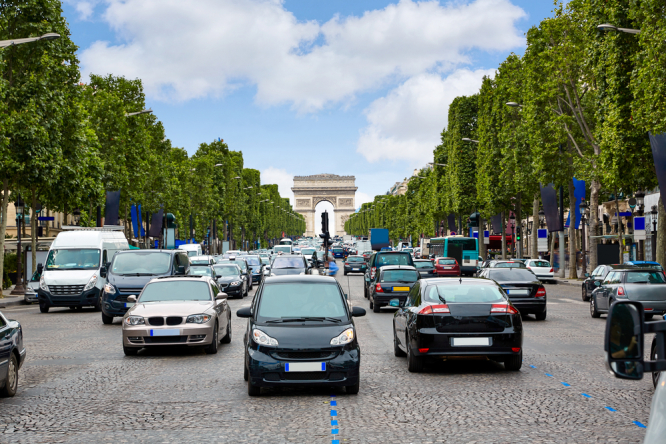 The speed limit will extend across the majority of routes except for some major boulevards and the périphérique Pic: lunamarina / Shutterstock

The speed limit in Paris has been set at 30kph across the majority of the capital until the end of August, in a bid to improve safety, reduce noise, and “adapt” the city to climate change.

Deputy mayor for transport, David Belliard, confirmed the move to the Agence France-Presse this week (July 8).

In many areas the rule is not new; 60% of Paris already has a speed limit of 30 kph.

But the new move will extend the rule across the majority of the central roads, except the périphérique, some boulevards, and some major main roads.

The measure has been taken in consultation with the police prefecture. It aims to improve road safety for drivers and pedestrians, “reduce sound nuisance”, and “adapt” the town to climate change, said Mr Belliard, who is a member of green political party Europe Écologie Les Verts (EELV).

The Mairie had wanted to set the périphérique limit to 50kph, but it will stay at 70 kph. Some boulevards, some parts of the Seine bank, and several major roads will remain at 50 kph.

These include the Champs-Elysées, Foch, Grande Armée, and rue Royale.

Mr Belliard said: “The idea is to reduce the [dominant] role of the car, which happens when you reduce speed, [and to] increase the safety of roads in the capital for the most vulnerable: pedestrians, cyclists, children, and older people.

“We are also reducing sound irritants, and enabling the traffic to flow better by reducing the effects of acceleration and deceleration.”

The transport head said that the plan was one of the suggestions by the EELV party that mayor Anne Hidalgo agreed to adopt after her reelection in 2020.

Paris has introduced a number of rules on vehicles in recent years, including limiting access to certain cars – including Diesel vehicles and older cars – from June 1, depending on how much pollution they produce (their Crit’Air rating).

The Mairie has also announced plans to drastically reduce cars in the centre of the capital by 2022.

It will then create a ‘peaceful zone’ from Place de la Concorde in the west, to Place de la Bastille in the east, and from Saint-Germain on the left bank to Boulevard Poissonnière on the right bank.

Within this area, which covers almost 12.5 km2 in the heart of the capital, priority access would be given to pedestrians, cyclists, and public transport.

Crit'Air rules: Paris to limit access to certain cars from June 1
Mairie plans to drastically reduce cars in centre of Paris by 2022
What state help is available in France to buy a new electric car?
Electric vehicles will be ‘as cheap as fossil fuel’ in five years