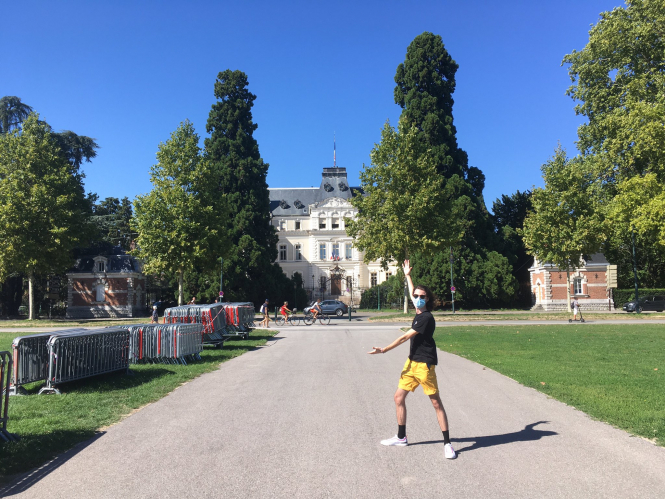 A French student is exploring the country in an usual way - by visiting all of its 101 prefectures. So far, he has managed to tick off 45.

Nicola Dutartre, 22, an IT student in Lyon, came up with the idea to tour the buildings, which are the  headquarters of the state’s representative in a department or region (the prefect) in 2019 when he realised how little of France he had seen.

Read more: Making sense of prefects and prefectures in France

‘I come from near Provence and it was a shame I’d never visited France outside of Provence’, he said.

He was inspired by a friend who has set out to photograph the entry signs of all 34,965 municipalities in France, and the game GeoGuessr, in which players are propelled into a random location on Google Street View with the goal to locate exactly where they are.

Nicola started his tour in February 2020 with the prefecture of Haute-Garonne, Toulouse.

So far, his favourites have been in Rhône, Lyon and Ajaccio in southern Corsica:

‘My favourite I would say is the one in [Rhône] Lyon which I find the most beautiful or if not it’s the one in Ajaccio in southern Corsica, I really like the Italian architecture’.

Nicola posts photos in front of all of the prefectures he visits on his Twitter account. He also shares his experiences and findings of each town on social media, in particular Twitch:

‘I do a little tour of each city or department. I try to do a bit of tourism to be able to advise on unusual places that aren’t really spoken about. It allows me to record a sort of diary of my travels and share it with my followers.’

To get around, Nicola travels mostly by train or, if it is close to Lyon where he is based, he drives. However, he would ‘love to establish a partnership with Renault, especially the car Zoe, to promote the use of electric cars’.

He has calculated that it should take him until 2024 to see all the prefectures in metropolitan France, after which he plans to continue - in France’s overseas territories.

A tour of French perfumes from Paris to Provence