Making sense of prefects and prefectures in France 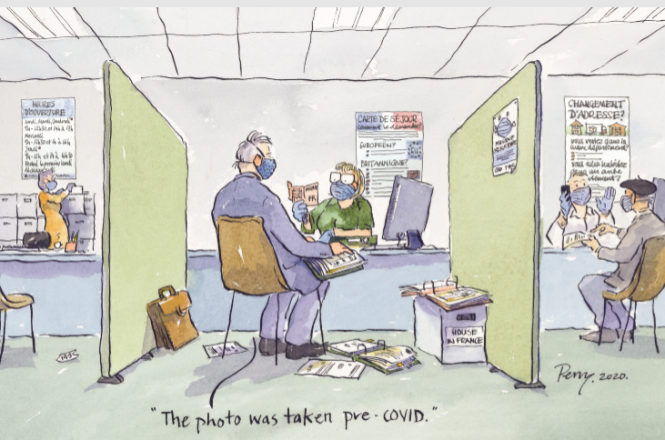 What are the prefects and prefectures of France? What do they do and what do Britons in France need to know? Image by Perry Taylor for Connexion.
By Connexion Journalist

France has a complex system of decentralised power, from national level down. One important cog in this system is the prefecture, managed by prefects. There are 124 prefects in France and they represent France’s national government at local level.

Frank Haili, who works for the communication department at the Hautes-Alpes prefecture, said: “A prefect is the direct representative of the prime minister and of each minister in the department. They implement government development plans and land-use planning policies at departmental level.” They also have a public order and security role – but the prefectures do so much more, including processing residency applications and renewals for foreign residents.

Which party is the ‘Opposition’ in current French politics?

What do Britons in France need to know?

Britons in France, who have not been obliged to hold residency cards since the early 2000s, will soon become familiar with prefectures as they will have to visit one to take in photographs and have fingerprints taken to accompany online applications for new obligatory residency cards. “British nationals residing in France before December 31, 2020, will have to apply for a residence permit before June 30, 2021,” Mr Haili said. This process will initially be online but applications will be processed by the prefecture. The launch of the Brexit residency card website was delayed from July to October.

The Inte­rior Ministry told Con­nexion the delay was linked to the health crisis, which led to closure of prefectures during the confinement period. They then faced a backlog of applications from other non-EU citizens with cards expiring that they are obliged to have.

“It’s going to take months to deal with them all and the prefectures would not have understood why we were asking them to process cards for Britons who do not need them yet,” a ministry official said. Prefectures will have increased staffing to deal with applications from Britons, especially in areas such as the Charente and Dordogne. Prefectures are also the body to contact to create an association, for various business declarations, including applying for the right to sell alcohol at a restaurant or cafe, or changing a name in the case of divorce.

Find your Brexit-related questions answered in the Connexion helpguide, Brexit and Britons in France

All have different responsibilities and part of the role of prefectures is to form a link between the national state and local authorities. Prefects are appointed by decree of the president, on behalf of the prime minister and minister of the interior.

As representatives of the state, prefects cannot challenge decisions taken by the government. They cannot belong to a trade union and do not have the right to strike. Part of their job is to allocate government subsidies and make sure laws made nationally are enforced locally. When local authorities pass bylaws, prefects check their legality against national laws and can refer the matter to an administrative court if necessary.

Macron calls for unity in face of coronavirus battle

They may also pass their own arrêtés (decrees) setting local rules in areas over which they have responsibilities, such as recent ones regarding Covid-19. Every department in France has a prefect and the prefect of the main department in any given region is also appointed as regional prefect.

In 2017, a plan was launched with the goal of modernising services offered by prefectures, moving a number of them to nationalised services online. This was, for example, meant to make it easier for people to apply for national identity cards, passports, driving licences or car registration, all previously dealt with by local prefectures.

“The goal was to refocus prefectures on their priority missions of security, support and advice, while offering users a quality service adapted to their expectations,” Mr Haili said. In practice, however, some Connexion readers have missed the personal touch of dealing directly with an official and found that obtaining a driving licence or registering a car may take longer than before.

Our main image was drawn for Connexion by artist Perry Taylor. For more of his work see www.perrytaylor.fr, and read our interview with him here!