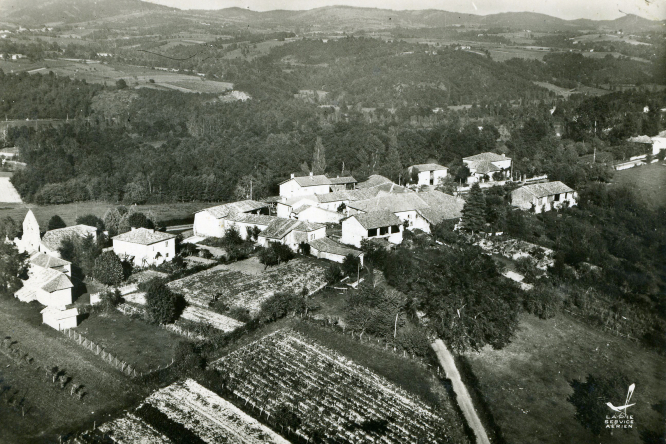 Jane Hanks speaks to historian Elérika Leroy about the tragic events from 1944 in Haute-Garonne Pic: Private collection of Jean-Pierre Blanc

Early in the morning, on June 10, 1944 a massacre by the SS Das Reich took place in the tiny village of Marsoulas, Haute- Garonne, killing 27 inhabitants, including 11 children. The slaughter was indiscriminate as soldiers burst into houses and farms killing anyone they found, whether old, young, male or female.

Later that day, further north, another company from the SS Das Reich killed 642 villagers at Oradour-sur-Glane, Haute-Vienne, and though the general public knows about that terrible event, not many people outside the immediate area surrounding Marsoulas have ever heard of the massacre that took place there on the same day.

To put that right, the Conseil Départemental of the Haute- Garonne has this year published a book and put up a plaque in the village to tell the story of what happened.

Elérika Leroy is the historian who researched and wrote up the events of that fateful day:

“The memory is still very painful for villagers. Every June 10 there is a memorial ceremony attended by all the inhabitants and those living close by with all ages taking part and the emotion is palpable.

“I wanted to be able to set down the actual events so that people have the correct facts. It is one of the very few massacres of that period which was photographed, as the sous-préfet from Saint- Gaudens, David Dautresme, came as soon as he heard what had happened and he had a small camera with him.

To see the images he took puts a human face to the drama, and reminds us how horrific it was.” She says the SS Das Reich were in the southwest of France because they had been sent by Hitler to wipe out and terrorise the Resistance movement.

On June 10, soldiers from the 10th company of the 3rd battalion of the SS Das Reich set out at 5am from Toulouse and passed through Marsoulas on their way to nearby Betchat. On the road they were spotted by two maquis, hiding on the church roof, one of whom was only 16 years old.

They threw a grenade at an SS lorry, which triggered an outburst of extreme violence, rage and fury from the German commander who ordered the men to go back into the village and kill anyone in their path.

Soldiers went into one house that seemed empty. They stole money, food, drink and the radio and then found children sleeping in a bedroom, and without hesitation, shot them all.

In the Saffon family, a boy of 14, two girls aged 19 and 12 and a baby of three months were all shot. Five-year-old twins Claude and Michel Barbe lost their lives.

“A third of the villagers died,” says Elérika Leroy. “Some families had come to this tiny, out of the way village from Toulouse to escape the war and protect their children and never expected to see violence here. Luckily for others, they had already gone to work that morning in nearby factories.

“There are very few survivors left now, but Jean-Pierre Blanc, who was mayor for many years, was three at the time.

His mother managed to hide him in the nearby forest, but he lost most of his family, his uncles and aunts.”

A short documentary (in French) telling the story can be seen online here.

Artisan soap maker: 'After six years, it still gives me a thrill’
22 October 2021
More from Explore France
More from Connexion
Get news, views and information from France
Join the newsletter
Subscribe to The Connexion