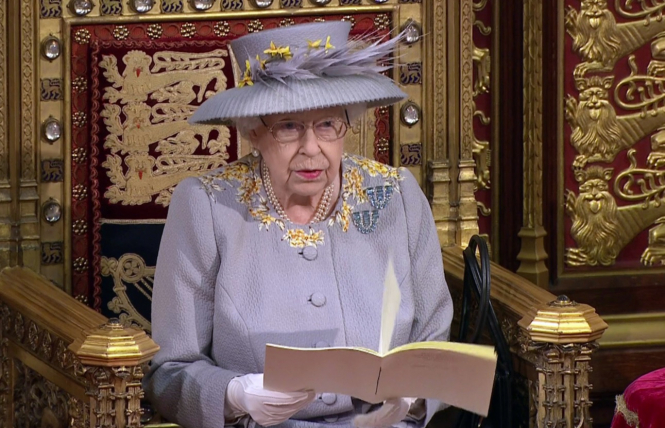 This was first confirmed during the traditional Queen’s Speech yesterday, on the parliamentary session for the year ahead Pic: Telegraph Pictures / @TelegraphPics / Twitter

French foie gras producers have reacted angrily to the announcement in yesterday’s Queen’s Speech that the UK plans to ‘limit the sale’ of foie gras – of which France is the world’s foremost producer.

The head of French foie gras trade body Cifog has challenged UK Prime Minister Boris Johnson to visit a producer in France to see for himself what happens, saying that further action on foie gras was removing people’s “freedom of choice”.

After the traditional Queen’s Speech on the parliamentary session for the year ahead yesterday (on May 11), during which the measure was first confirmed, Mr Johnson said that the move would be part of the new Action Plan for Animal Welfare law.

Mr Johnson added that he wanted the UK to be a “global leader” on animal welfare and set "high standards for others across the world to follow".

The law also includes the recognition of “animal sentience – the capacity of animals to have feelings”; and stipulates that “further steps” would be taken to limit, but not ban completely, the trade and sale of foie gras.

France is the world’s foremost producer of foie gras.

The head of Cifog, Marie-Pierre Pé, said she was “very disappointed” by the news that further action would be taken against foie gras in the UK.

She told The Connexion: “It is taking away a freedom of choice from people, which can never be a good thing.

“I have written to Mr Johnson saying further action against foie gras shows that he is not well informed about the reality of how it is produced. I have invited him to visit a producer [in France] so he can see for himself what happens.”

She added, jokingly: “We will tell him that he has to cover his hair.”

Ms Pé noted that the Queen had asked for foie gras during a state visit to France she made during the Mitterrand presidency, according to a book published by the president’s chef after Mr Mitterrand left office.

She said: “The propaganda against foie gras is put out mainly by people who are totally against meat-eating.

“They use our human bodies, which have a cartilaginous, split throat for the lungs and the stomach, to suggest that the force-feeding process is painful, rather than [showing the reality] of an elastic duck throat, which is able to swallow a whole frog or fish.

“Scientists have shown that [the feeding technique used for foie gras, gavage] does not distress ducks or geese if done properly.”

She also said that ducks and geese have gizzards, which serve as a storage area before the food goes into the stomach, which humans also do not have. She added that checks are done to make sure the previous feed has been digested before a new one is started.

She said: “People should be allowed to make their own decisions about what they eat, and not have things imposed on them from the government.”

In France, foie gras producers have already struggled over the past year, with the industry hit by the multiple challenges of Covid-19 and the rising costs of food and packaging.

In the first three months of 2021, producers saw costs rise by more than 22% compared to the same period in 2020, a report by France 3 found; not including the impact of an outbreak of avian flu that has affected the industry in the last few months.

In the UK, animal charities such as the RSPCA have welcomed the measure, but RSPCA chief executive Chris Sherwood said that the group wanted assurances that the government’s promise was more than just a “token gesture”.

A Downing Street spokesperson said that this question would be looked at “very closely”, but said he did not know if Boris Johnson – whose fiancee Carrie Symonds has previously been very involved with animal welfare causes – personally eats foie gras or not.

The UK is not the only country to have placed limits on foie gras in recent years.

The state of California in the US has banned the product since 2019, while the city of New York is set to ban its sale in shops and restaurants from 2022.

And while France is not directly financially impacted by US bans – as it has not exported foie gras to the US for the past 20 years – some producers fear that the bans are part of a wider movement against the product, as consumers become more alert to animal welfare.

18th century château in southwest France up for auction from €90,000
17 June 2021
More from Food and Drink
More from Connexion
Get news, views and information from France
Join the newsletter
Subscribe to The Connexion