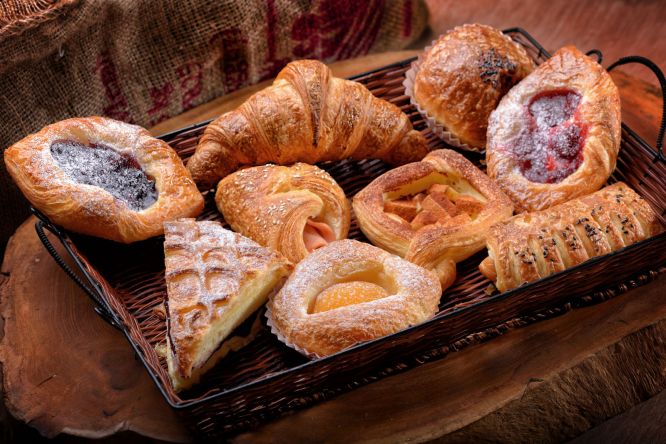 'Breads or pastries in the shape of a crescent moon are thought to have been offered up to the goddess of the moon in ancient times' Pic: Jordan Lye / Shutterstock

Next time you amble down to your local boulangerie and treat yourself to a Sunday croissant or other yummy viennoiserie (in the Vienna style) you have – in no small way – the dapper chap pictured above to thank for the baked pastry goodies on display.

August Zang, born in 1807, lived quite the life. The son of a surgeon, he served in the Austrian army before making his way to Paris, where he founded – despite having no ostensible baking experience – his first bakery at 92, rue de Richelieu: Boulangerie Viennoise.

Breads or pastries in the shape of a crescent moon are thought to have been offered up to the goddess of the moon in ancient times, and it was Zang’s version (cooked in a steam oven) of the traditional cresent-shaped Austrian bread roll – the kipfel – that made his name and got eager Parisians hooked. The fancy shop interior was also an innovation – both this and Zang’s methods were copied widely and within a couple of decades the new croissant became a French breakfast staple. [The term viennoiserie was not employed until the 20th century.]

Zang returned to his homeland in 1848, and forged a remarkable career as a press magnate, banker and mine owner, founding Die Presse – a daily German- language broadsheet still printed today. Cheap, and fuelled by advertising, it was a huge hit. When he died in 1888, aged 80, the newspaper barely mentioned his baking exploits – presumably because it denigrated his latterly lofty, super-wealthy status.

Today, in every region of France you can track down the makers of a prize-winning ‘meilleur croissant’ – but all of them owe an historic debt to the Austrian.

The changing face of coffee-drinking in France