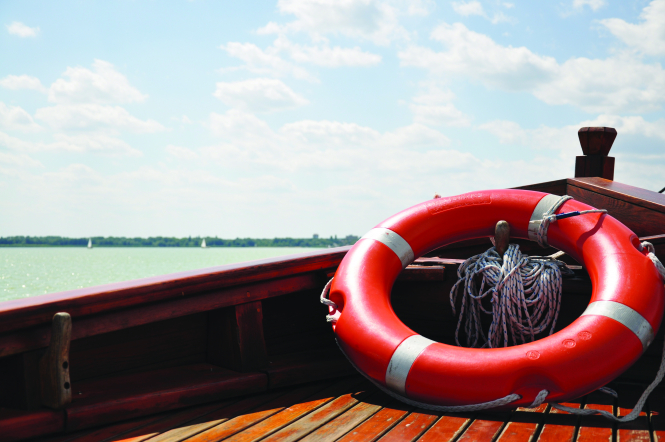 Although the international Mayday distress signal for aircraft and boats was invented by an English man it comes from the French expression “Venez m’aider”, meaning “come and help me”.

The expression was coined in 1923, by Frederick Stanley Mockford, a senior radio officer based at Croydon Airport, which is now closed.

At that time there was a great deal of aircraft traffic between Croydon and Le Bourget in France. There were often problems over the Channel and a distress call which could be easily understood by both the French and the English was vital.

SOS was already in use for telegraphic communications, but the system used on aircraft was radio and it was felt the letter S on its own was too easily confused with other letters when it was said over the airwaves.

Any pilot in difficulties would not have the time to make sure he was understood by saying S for Sierra, O for Oscar, S for Sierra.

Frederick Stanley Mockford was asked to come up with a solution, and he chose a phonetic transcript of Venez m’aider, Mayday. It was declared as the official radio telephone distress call in addition to the SOS radiotelegraph (Morse code) signal by the International Convention of Washington in 1927.

The International Civil Aviation Organization says that after three Maydays, the caller must, in this order, give the name of station addressed, identify the aircraft, give the nature of the problem, weather, pilots intentions and request, present position and destination, altitude, fuel remaining in minutes, number of people on board, any other useful information.

Another distress call for boats and aircraft, also taken from the French is Pan- Pan and is used for urgent situations that are not immediately life threatening, and could be either a mechanical failure or a medical problem but requires assistance from someone on the ground. It should be repeated three times Pan-Pan, Pan-Pan, Pan-Pan.

Pan comes from the French panne, meaning a breakdown.

The third emergency call, Sécurité (safety), also comes from the French and is repeated three times. It is used by boats or planes to transmit a message concerning the safety of navigation or to give important meteorological warnings. At sea it could be used to warn of an approaching storm or a navigation light failure.

Tour de truth: bicycles with pedals were invented in France

18th century château in southwest France up for auction from €90,000
17 June 2021
More from French Facts
More from Connexion
Get news, views and information from France
Join the newsletter
Subscribe to The Connexion