Environmental news in France this November 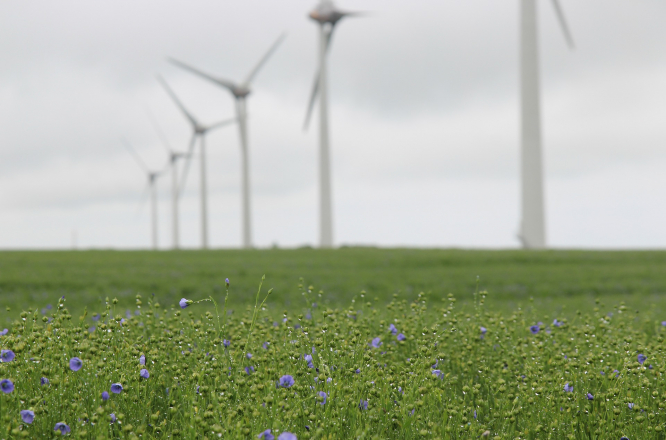 Plans for a solar panel ‘park’ in a forest in Grignan (Drôme) have received backing from locals following a ‘consultative referendum’ carried out by the mairie.

The town plans to raze eight hectares of forest to install the energy-generating facility, which it would rent out for €120,000 per year, for thirty years.

“The urbanised part of Grignan voted clearly in favour of the project, while the rural part voted no,” said Mayor Bruno Durieux following the result."

“It is a great victory considering the active and even aggressive campaign that was put in place by the ‘no’s’”, he added. Nature preservation associations, as well as hunters, are opposed to the project."

Mayor calls on locals to use less water

Faced with unprecedented drought-related water shortages at the end of the summer, the mayor of Héricourt (Haute- Saône), asked residents to drastically limit their water consumption by 30 to 50%.

The situation was so bad in mid-September that the pays d’Héricourt had to call on neighbouring Montbéliard, to deliver 400 cubic meters of water daily by truck – a measure that costs authorities eight times the normal water supply, an additional €150,000 per month.

“There is a climate emergency that threatens to jeopardise our way of life. This is why I am asking the population to be civic-minded”, Fernand Burkhalter told France Bleu.

A new alternative biofuel storage facility has been set up in La Rochelle.

Local company Altens has installed two storage tanks in the port of La Pallice with the aim of offering truck drivers along the Atlantic coast an alternative fuel to diesel – its fuel is derived from either plants or used edible oil.

“We mainly use rapeseed,” said Altens Managing Director, Etienne Valtel. This ‘agrofuel’ is cleaner than diesel, he added: “According to figures from the agency of ecological transition, we emit between 55 and 90% less greenhouse gases”.

The company is taking advantage of a directive from the European Parliament that requires new trucks to reduce their CO2 emissions by 30% by 2030 (calculated from 2019 levels). And prior to that, by 15% by the year 2025.

Slaughterhouses and animal rearing farms in France will receive up to €250million to help them modernise. The sum was announced as part of the government’s recovery plan budget in September.

“This is good news because slaughterhouses have been suffering for quite a few years from very low profitability and, because of this lack of profitability, they cannot invest in modernisation,” said Christiane Lambert, president of the agricultural union FNSEA.

“There is a feeling of being judged unfairly. The images [of animal mistreatment or failed protocols] that are shown by the activists are always negative images,” she added. “France is now recognized as one of the countries that best implements European animal welfare directives.”

“The first priority is to make a diagnosis, establishment by establishment”. Working conditions for employees will also be assessed and improvement made where necessary.

The French mayor against climate change and for life quality