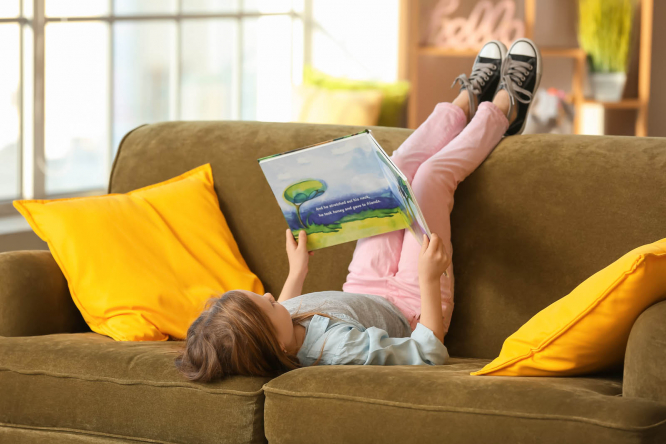 'It’s natural for parents to want to provide additional support, but remember that what’s right for one child may not be suitable for the next' says Victoria Murphy, professor of applied linguistics at the University of Oxford Pic: Pixel-Shot / Shutterstock

Start early if you can

In terms of immersing English speaking children into a French environment, it is definitely a case of the sooner the better.

Those who start school at an age where their peers are also acquiring language (albeit with more initial words under their belt) will find the transition smoother.

Victoria Murphy, professor of applied linguistics at the University of Oxford, said: “If they’re very young and start school at a time when the other kids in the class haven’t had the time to become literate in French, that makes things slightly easier.”

For children who arrive in France a little later in life, the process may prove more difficult.

However, with the right support, children will be able to adapt.

Eowyn Crisfield, bilingualism specialist from Crisfield Educational Consulting and senior lecturer in Tesol at Oxford Brookes University, said: “Some schools deal far better with children who are learning the language than others. It’s important, too, to be patient and supportive.

“It takes three to nine years for children to develop full academic ability in a new school language.

“Children will need empathy and support, as well as language opportunities outside the school.”

Even for the most proficient children it is not unusual for those studying in a second language to have educational dips.

Remember that these difficulties are often temporary and can be overcome with the right input and support.

“Many children in this situation will have blips along the way,” said Prof Murphy, “but as long as the child is receiving constant input in both languages, there shouldn’t be a problem.”

It’s natural for parents to want to provide additional support, but remember that what’s right for one child may not be suitable for the next.

“The main thing is that the parent liaises carefully with the teachers in terms of what the children need – and if they themselves don’t have French, to keep a watchful eye over whether the children are engaging with the material,” said Prof Murphy.

“They can also offer support through a French language tutor, or something as simple as a language app. There are lots of ways for the child to engage with French outside of the school context and support their acquisition of French.”

As any input will be in addition to schooling, it’s important to find something that your child will enjoy. “One of the best things you can do for children is to hire a teenager who speaks that language to come and play with them.

“What they need is to hear French spoken directly to them. Children learn language more quickly from direct input – in class, when the teacher talks to 30 kids, on an off-day they might not be processing it.

“But if they’ve got a teenager talking to them about a game they’re playing, it’s much richer, it’s targeted, as that person can adjust and support them if they can’t understand.”

For parents hoping to raise children with proficiency in two languages, knowing whether to have a fixed ‘home’ language or introduce a little of both can be difficult.

It is reassuring to know mixing languages at home will not cause additional confusion.

Ms Crisfield said: “There’s no harm to children from getting what we call ‘mixed input’, different languages in different contexts, even from the same people. Children don’t get confused.”

Those worried that their own poor French or an inauthentic accent might do more harm than good can also rest assured that parental mistakes are unlikely to lead to any problems.

“Children learn a language in lots of different contexts, so we don’t have to worry about a parent’s accent overriding the other French they’re hearing.

“It can be beneficial for children to see their parents play an active role in their acquisition of both languages,” said Ms Crisfield.

“If you are English-speaking parents with children at school in France and you start speaking French, it’s going to reduce their input in English.

“If only one parent speaks English, then using French will limit the amount of English children hear.”

To be truly bilingual, children need to have sufficient input in English too.

As English is a global language, there are plenty of opportunities for children to explore and further their understanding.

Ensuring children have the opportunity to read and enjoy English at a higher level is essential.

“People who have a richer vocabulary in any language tend to do better in terms of literacy skills in that language,” said Prof Murphy.

“It’s important to ensure the child is receiving constant levels of rich linguistic input in both languages.”

There has been speculation in the scientific community about the possibility that learning two languages (or more) can improve certain functions in the brain. It is as yet unproven.

What we do know is that bilingualism is likely to prove an asset in the future. “Fluency in more than one language leads to greater global awareness, intercultural awareness and understanding that a monolingual child will not be able to take advantage of,” said Prof Murphy.

“And there’s good reason to think in today’s world, despite Brexit, that it would afford economic and social advantages as well. There will potentially be more opportunities available in education and work.”

For parents, the advice is to keep a watchful eye, to provide opportunities that enrich language without becoming tiresome, and to support children through any blips in achievement or confidence.