Cookie Consent by FreePrivacyPolicy.com What is the right way to say 'Mars landing' in French French News and Views in English | The Connexion
9 may 2021
Classifieds Currency exchange Newsletter
Login Register BASKET
Facebook Twitter 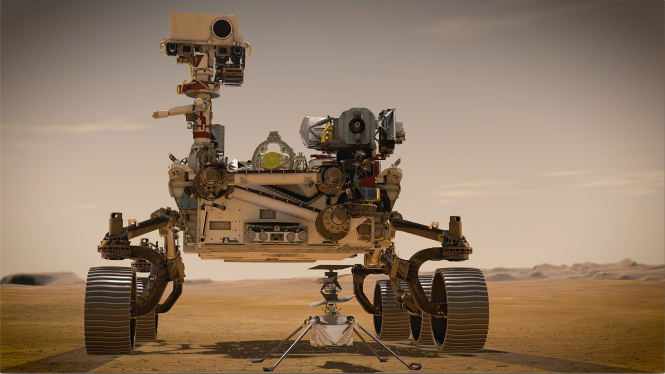 The French word atterrissage used to describe the Perseverance Rover's successful landing on the planet Mars reopened a long-standing language debate - is it the right word?

After all, the neologism alunissage to describe a moon landing has passed into common use - so, therefore, should we not refer to a Mars landing as an amarsissage, instead of atterrissage which refers to landing on Earth (terre)?

We should not, according to the guardian of the French language L'Académie française - which prefers the traditional atterrissage to any neologism.

In 2012, L'Académie ruled that the term atterrissage, which is sometimes assumed to reference planet Earth, in fact refers to the element earth - and as such does not have its root in a proper noun. As such, atterrissage is defined as the act of landing on ground - in which case, the location of the landing ground in question - Mars or Terran - is unimportant.

The Académie des Sciences, meanwhile, "does not recognise the term amarsissage," for the specific act of landing on Mars, according to Le Figaro.

As astrophysicist Francis Rocard told LCI in 2018: "The Americans say 'landing'. In France, we say 'atterrir'. It's a matter of habit. There is no reason to change."