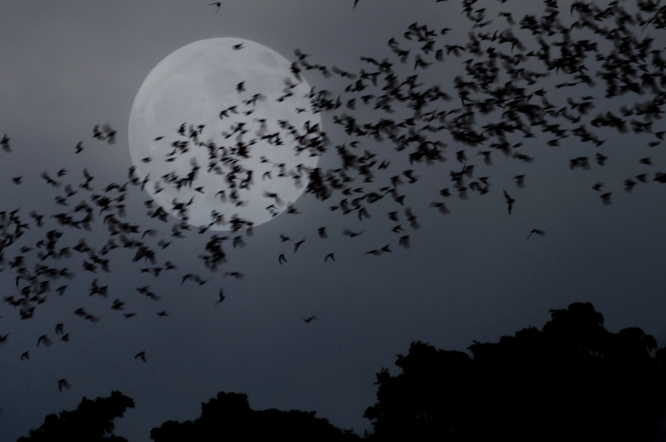 International Bat Night falls on the weekend of August 28-29 this year, with special events taking place around France to teach you more about the animals and show you how to protect them.

The initiative will be celebrating its 25th anniversary in 2021 and over 250 events have been planned in its honour.

This interactive map shows where you can find events. Most are organised to coincide with International Bat Night, but some have been extended into September.

Bat of the Year

The barbastelle has been chosen as bat species of the year by Batlife Europe. Characterised by their 'pug' noses, these medium-sized bats also have broad ears covered in gingery-brown fur.

There are 35 species of bat to be found in France, all of which are protected by French environmental law.

Baby bats are usually born in July and early August. Females tend to produce a single baby and young bats can fly at around 3 weeks old.

Bats tend to be found in caves, tunnels, cellars and trees in mainland Europe and live on a diet of small moths, flies and beetles.

Among the main threats facing bats in Europe are habitat loss, the destruction of roost sites and the impact of changing agricultural practices on their insect prey.

While Europe’s bats help control pests, we also rely on bats to help pollinate the flowers from which we get fruit such as guavas and agave (used to make tequila).