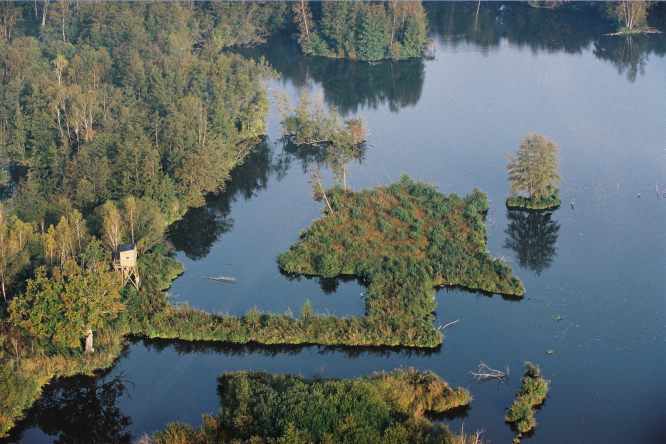 The Essonne and Juine marshes, and the Sainte-Victoire national reserves are among those added to the Green List Pic: Photo courtesy of: L Antoni

The Green List is run by the International Union for the Conservation of Nature (IUCN), best known for its Red List of threatened species.

The IUCN was created in 1948 in Fontainebleau and is active in more than 160 countries.

The Green List was launched in 2014 to give recognition to positive protection action in any conservation area, whether small nature reserve or national park.

Laure Debeir, who leads the protected areas programme in France, said: “To be listed, the area must fulfil strict criteria.

“The idea is to encourage managers of conservation areas to continue their good work, show what can be achieved, and share their experiences with other sites to improve achievements everywhere.

“An advantage of the Green List is that standards are the same all over the world.

“The French sites show the wide range that can be included, both in terms of size and organisation and geology, including mountains, marshland, forests and oceans.”

France was placed fourth behind Iceland, Denmark and Norway in an international Green Future Index by the prestigious US science magazine MIT Technology Review this year.

The magazine, owned by the renowned Massachusetts Institute of Technology but editorially independent, said France was one of the world’s most ambitious countries in terms of ecology.

The rating has been much vaunted by the government but green politicians have questioned its validity, especially as the state was condemned this year by the Tribunal Administratif de Paris for the length of time it is taking to meet CO2 decreases it has signed up to.

The Greens are seen as serious political contenders after taking over several large city councils and green questions are increasingly causing clashes.

The government claims it is doing more than any previous government but critics say it should do more.

Ross O’Brien, who collated the MIT report told The Connexion: “The important thing to note is that this is a future index and does not give as much weight to things that have happened as to policies and initiatives for the future.

“It is largely because France is integrating policies that have been decided by the EU but there are also other initiatives, technologies and innovations, such as the state’s green hydrogen initiatives, which are very advanced and boost the rankings.” Commentators pointed out that the ranking gave great weight to climate politics, where France did well because of its future goals, incentive plans to help the economy and agriculture go greener, and investments made in the context of the relaunch plan after Covid.

However, it gave much less weight to areas where France did poorly, such as levels of green energy use and how green French lifestyles are in general, such as meat eating and recycling.

Its overall six out of 10 grade was middling but reflects the fact that many other countries are even worse, rather than that France is exemplary, said some commentators.

Donkeys trialled as beach-cleaners at Pampelonne beach in Saint-Tropez

These are the rules for wild camping in France

22 hours ago
4
French vaccine pass ruled to be constitutional, it will begin Monday