Ehics: What is needed for French residents to access NHS on UK trips? 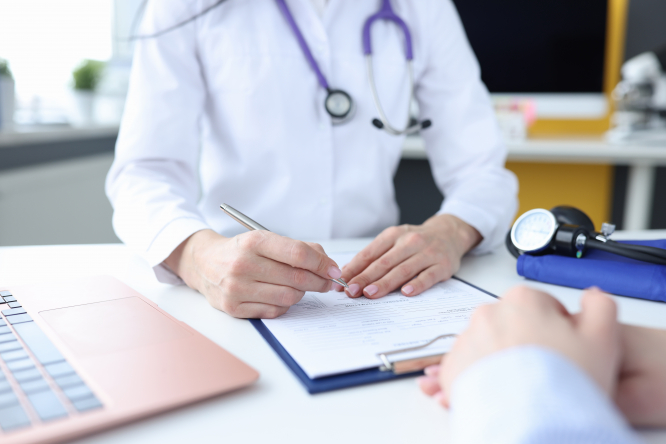 Access to paid-for healthcare in the UK depends on your status Pic: megaflopp / Shutterstock

This article is addressed from the point of view of all residents in France who visit the UK, including those with UK-issued or French-issued travel healthcare cards.

The EU/EEA has a generalised system of visitor healthcare, which works by the issue of cards known as European Health Insurance Cards (Ehics) in the UK or Cartes européennes d’assurance maladie (Ceam) in France. These are to be presented in the country you are visiting when you see a doctor or other healthcare professional, or go to hospital.

It was agreed in the Brexit trade and cooperation agreement that the UK would continue participating in this reciprocal system.

UK residents who have a valid UK-issued Ehic (British cards last five years) can continue to use it.

Most UK residents applying for a new card will obtain an equivalent new card called a Ghic (UK Global Health Insurance Card), though certain categories of UK residents, such as people with an EU nationality and who were not also born British, can still obtain new British ‘Ehic’ cards.

Accessing healthcare in the UK for French residents

People insured in the French system through work or due to residency under Puma (eg. early retirees) can have a French-issued Ceam.

They can continue to use these in the UK as before to access ‘medically necessary’ healthcare if required during their trip. They should bring a copy of their S1 to show if asked.

As the UK’s NHS has no system of ‘co-payments’ (a part of healthcare costs that is not fully-reimbursed, such as 30% of the cost of a GP visit in France), ‘necessary’ healthcare obtained during visits is essentially ‘free’ to visitors with a French Ceam or other EU-issued card.

UK state pensioners living in France who have a British S1 form for their healthcare are now issued with Ghics (those living here before 2021 will have British Ehics if they applied for one).

UK-issued Ehics/Ghics are not intended for use within the UK itself, or (for French residents) in France, but rather for visits to other parts of the EU.

Pre-Brexit, the UK allowed its state pensioners living in the EU to use NHS services free of charge on presentation of a copy of their S1. The rules on this have now changed.

The UK states that it now treats its S1 holders differently depending on whether or not they were living in the EU before 2021.

The service that processes Ehics/Ghics for UK pensioners abroad, NHS Business Services, previously told The Connexion that anyone who was living in France before 2021 (the end of the Brexit transition period) and who had registered their S1 with a French Cpam before then, can continue to use the NHS free of charge on visits. However, this is not the case for people who move over as of 2021.

We have asked the UK’s Department for Health and Social Care if it can confirm that ‘free’ healthcare access will also apply to those Britons who were living in France before 2021 and who later reach state pension age and obtain an S1 when they start to draw their pensions.

This is, however, implied by the wording on this official UK website which merely states :

Some former UK residents do not have to pay for NHS treatment when visiting England. This includes:

As newcomer pensioners with S1s issued since January 1, 2021 are excluded from this, and they are not entitled to a French Ehic, they may be asked to pay for healthcare costs incurred during trips to the UK, and should therefore, official UK sites state, look to take out a travel insurance policy including healthcare elements.

We have asked the Department for Health and Social Care if it can comment on the situation of newcomer pensioners, who are now disadvantaged compared to other EU residents. A spokeswoman for Cnam, responsible for the network of French Cpam state health insurance offices, said France has no responsibility for reimbursing this group for healthcare in the UK.

Some UK care is ‘free’ for all

It should be noted, however, that some care in the UK is ‘free’ at the point of delivery for everyone. This includes:

GP visits (though the practice has to accept to treat you as a temporary patient, which is not obligatory)

Treatment for most infectious diseases, including STIs

Note that all hospital treatment other than in emergencies requires a GP referral in the UK.

This website has further information for non-UK residents on accessing the NHS. It states, among other points, that visitors to England will always be treated in the case of urgent treatment and treatment that cannot safely wait until you return home, and if necessary payment will be dealt with afterwards.

One tower per family in this noble medieval site in France
3 December 2021
More from Health
More from Connexion
Get news, views and information from France
Join the newsletter
Subscribe to The Connexion