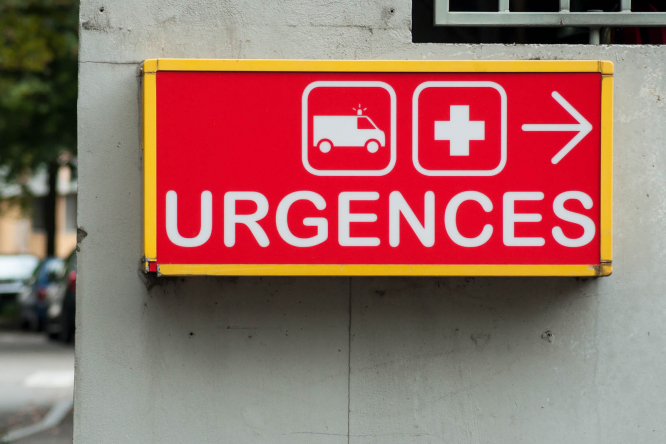 The new fee replaces both those previously charged and the ticket 'modérateur', and most 'mutuelles' (especially those designated as 'responsables') have modified their cover to include it Pic: NeydtStock / Shutterstock

Hospitals are to charge a fixed nonstate-reimbursable €18 fee to patients who visit A&E (urgences) but who are not then admitted to hospital.

There has been opposition to the end of so-called ‘free’ A&E visits but, as consumer body UFC-Que Choisir points out, visits were never actually free, with a few exceptions such as pregnant women and those with ALD (affection de longue durée) long-term health conditions.

It is just that a combination of the carte Vitale system and a mutuelle top-up insurance meant many people did not have to pay upfront.

The charge up to now was €25.28 for A&E treatment without hospitalisation, plus extra itemised fees for specific services received.

All of this has been reimbursed at 80% of state tariffs, with the rest (called le ticket modérateur) usually picked up by mutuelles.

With some hospitals moving towards American-style payments, with every plaster and swab itemised and charged for, bills could mount up, especially for those with no mutuelle. Where there was a remaining part, the hospital would usually send a bill in the post.

The new fee replaces both those previously charged and the ticket modérateur, and most mutuelles (especially those designated as responsables) have modified their cover to include it.

The government said the system would reduce inequalities in the provision of emergency services. “It will ensure an end to the large sums some patients have been left to pay out of their pockets,” the law’s preface said.

People with an ALD long-term health condition (for care related to this) and pregnant women will pay a reduced rate of €8, with total exemption for pregnant women from the sixth month of pregnancy and those with babies aged under one month. Other limited situations include abused children and victims of terrorism.

If an A&E is set up for the tiers payant system, visitors will not pay upfront if they have a suitable mutuelle. If not, they will have to pay the €18 and claim it back where possible.

Those with no top-up cover will obtain no refund but they were already out of pocket by a similar amount on average under the previous scheme.

Which French airports offer pre-flight PCR and antigen Covid tests?
14 September 2021
More from Health
More from Connexion
Get news, views and information from France
Join the newsletter
Subscribe to The Connexion