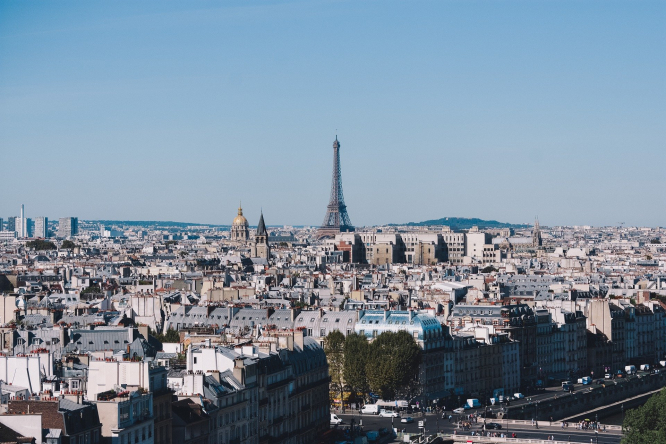 'It is important to note the basis for defining tax residency is not the same in France as it is in the UK, so the number of days spent in a country is not the only consideration'.
By Robert Kent

Residency has long been an area of confusion and, with Brexit, it has become yet more convoluted, due to EU rules, local laws of each country, and Schengen rules.

First, we need to know the difference between the right to be somewhere, ie. temporarily reside there, and becoming fiscally resident: changing where you declare your global income, gains and assets for tax purposes.

I will start with what makes us French tax resident, since this, by itself, remains an area of confusion – you only have to take a look at online forums to see pages of heated debate.

It is important to note the basis for defining tax residency is not the same in France as it is in the UK, so the number of days spent in a country is not the only consideration.

In fact, the main French laws defining residency do not even discuss the number of days spent in this country. Residency rules are clarified both in Article 4B of the French tax code and Article 3 of the UK/France Double Tax Treaty.

The first of the definitions highlighted is the foyer ou le lieu de séjour principal, thus where your main residence or home is situated.

The Double Tax Treaty states “he shall be deemed to be a resident of the Contracting State in which he has a permanent home available to him”. This may be accommodation that you own or is (officially) rented.

What is essential is that it is available for your use and under your control, so if the property is owned by you, but is rented out, this is not deemed to be a home. Also, you may not use the address of siblings, children, parents or friends.

Therefore, if your only property is in France, you are considered French resident from the day you disposed of your other property. If you can demonstrate that a property outside France is used by you as your permanent home (eg. the bills are in your name at that address), you can argue your residency either way on this rule.

The next main rule is where you spend “most of your time”. Many ancillary laws, both French and in the tax treaty, refer to 183 days, but it is important to understand that:

There are other, less significant, rules applicable where the position is less clear, down to the nationality of the individual, but most people will fall into the above, either the main home test or the time spent test.

For countries in the Schengen area, such as France, the rules state you may spend up to 90 days in any 180-day period without formalities.

These rules have nothing at all to do with tax or fiscal residency; it is merely how long you are permitted to be there. It does not mean that you may not stay longer, though to do so you will need a visa or residence permit.

We come across many people who aim to avoid becoming fiscal residents of France by merely popping over the border to Spain, Italy or Portugal, even having holiday homes there.

This does not work anymore because these countries are also in Schengen, so staying there continues to use up your available days. You might think there is always Switzerland, which is not in the EU. Regardless of being non-EU, Switzerland is in Schengen, so staying there is not a solution to stopping the clock! Schengen is the largest visa-free zone in the world, covering 26 countries, so aside from the UK, you need to go as far as Croatia to escape – which ends the quick pop over the border.

In conclusion, if you thought navigating French fiscal residency was complicated, being free to move around just got a great deal harder.

Those who wish to stay longer might try gaining a long-term visa, known as a visa de long séjour (see page 4). These are valid for between four and 12 months and so would need to be renewed. The process is initially online but you also have to visit a consular service in the UK.

The right to these is not normally automatic.

I would argue that, if you really want to spend time in France, why not simply take up residence in the full, tax, sense of the term?

In the longer term, this would give you a 10-year residency permit, allowing you to move freely between the UK and France, while being mindful of spending no more than 90 days at a time in the rest of Schengen, simplifying life.

Many avoid it because they believe it will be complicated or that the consequences of moving would be prohibitive. Maybe they even believe that, post-Brexit, they cannot (this is not true).

Often, these conclusions are drawn without proper data or analysis. This is why it is best to take professional advice and find out all your options, including taking up residency of France.

You might find that you are far better off.

It’s decision time for UK pensions in France after Brexit