It’s decision time for UK pensions in France after Brexit 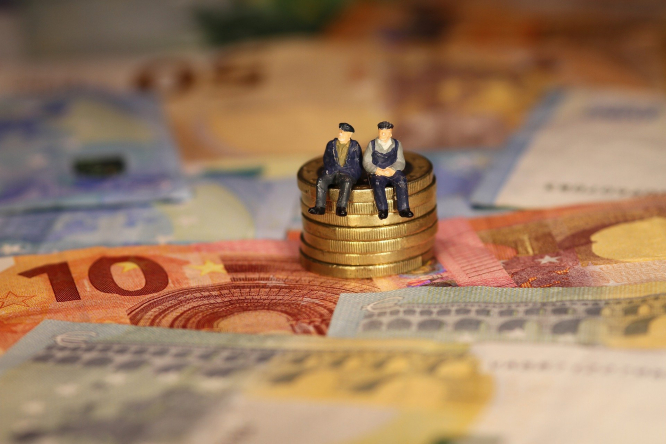 "Do the numbers, run a full analysis, being sure that you fully understand what you are doing" says Robert Kent
By Robert Kent

There has long been much uncertainty over what happens after Brexit, for many things. One of those anxieties has been the likely loss of EU passporting rights for UK financial services.

Until recently, most considered that it is unlikely to affect them. As we approach the end of the transition period, this view is changing as the potential effects become worryingly clearer.

You will have read about UK banks closing accounts for those living in the EU, citing loss of their passporting rights as motivation.

Some pension providers are stating they will not be able to send pension payments directly to an EU bank account come January 2021.

If you cannot have a UK bank account and pension providers will not send payments to an EU bank account, how do you receive your pension? Much of this is down to each bank’s interpretation of the EU legislation and their anxiety not to be on the wrong side of it – but erring on the side of caution makes the problem very real.

Another issue that we have seen is a flood of clients being let go by UK financial advisers. They have said that they will be unable to continue giving advice to EU residents as they will no longer have a licence to do so.

This triple whammy of shut accounts, transfer issues and loss of advice has led people to review what they do with their pensions to ensure continuity of service and income in the New Year. This fear is driving some to panic and fall prey to poor, even dangerous, advice being given by those not qualified to offer French financial/ legal advice. So if you are worried, what are the options for your pensions?

Rather than explain each one, let us pick the best known, the QROPS, or Qualifying Recognised Overseas Pension Scheme, which we see frequently marketed to those living in France.

These are all essentially overseas pensions, but the important question is how the French tax authorities view them.

When they first became an option back in 2006, I discussed them with the head of the French government tax authority department dealing with non-residents. They specialise in dealing with not just non-residents, but French nationals returning home, so have expertise on international pensions.

They viewed such contracts with suspicion. The view of many, at the time, was that any such contract based in the EU would be perfectly acceptable, with the French being forced to accept it as an EU qualifying pension.

The issue is that French authorities deem a UK pension outside the UK to not be qualifying. “But the clue is in the name … it is called qualifying!” I said. “Not how we see it; it is not in the UK and is more flexible than the French equivalent, which is unacceptable,” came the reply.

The conclusion is that they saw it as a lump of cash in trust (UK pensions are usually in trust) and it would be treated as such.

Given that an amount of money placed into a trust by a French resident gives rise to an immediate demand of 60% of the value as a penalty for such a sin, we have not considered using them and have never recommended a QROPS.

There is no box on a French tax declaration for a QROPS, so most people who have them simply declare them as pensions and get away with it, as long as no one looks closely. But if you do not want to sweat every time you get a letter from the local tax office, these are best avoided.

Moreover, applicable only to QROPS, there may be the overseas transfer charge of 25% of the value to consider. Currently not applicable to EEA countries, this may change in the New Year.

This is just a UK Self Invested Personal Pension, with an international slant to it.

Being set up as international, they have no issues paying income to wherever you want it.

Moreover, you can hold the assets in whichever currency you wish. A SIPP, unlike other types of UK pension, means that the value may be passed to your beneficiaries when you die. The income may be flexible, allowing you to draw down income, rather than an obligatory monthly income payment. You remain, however, subject to certain UK pension rules and restrictions.

Cashing the pension in

I will start by saying that this is not for everyone and you should not do this lightly.

In the UK, there is the right to crystallise your pension, taking it as a single cash payment.

In France, there is a law (article 163 bis II) of the French tax code, allowing a single payment from a qualifying pension, taken in one go, to receive a special tax rate of 7.5% with an unlimited 10% allowance (so ultimately 6.75% tax).

For those who have tax to pay above 7%, this is obviously attractive and for those in the high bands, clearly of significant interest.

The big advantage is the pension now has nothing to do with the UK, allowing you to do something French tax-friendly with the money, forgetting all about the impact of Brexit.

This might all blow over. Maybe, by the time this is published, the UK and EU will have shaken hands, passporting rights are maintained and all is well with the world.

More likely, some kind of agreement, or at least a better understanding of the rules, might mean that these issues go away. My crystal ball is not what it once was, but I try to “deal with certainty as far as possible”. This means I am not a great fan of the “fingers-crossed” approach.

Do the numbers, run a full analysis, being sure that you fully understand what you are doing.

This is your life savings, affecting you and your family for the rest of your lives, so getting advice from a French-qualified source is a good idea.