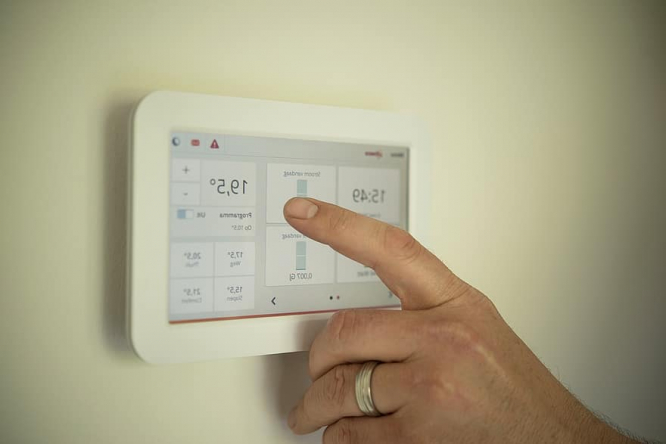 The grant should cover around half the cost of this type of thermostat, said Ecology Minister Elisabeth Borne, who announced the grant. Ademe, the French public environment agency, estimates householders can consume up to 10% less energy with a smart temperature control device.

If you set it one degree lower than you are used to, you can use 7% less energy, equal to €118 on an annual bill of €1,696. The recommended temperatures are 19°C in living rooms and 16°C in bedrooms – good, they say, for the wallet and for the environment.

Anyone who owns a property with an individual system of central heating, by boiler, heat exchange pump or electric radiators, can apply, irrespective of income. Second homes are included, as are people who rent. The new grant comes under the certificat d’économie d’énergie (CEE) scheme, where energy providers, such as EDF and GDF Suez, have, by law, to offset pollution they produce by giving money towards schemes to encourage energy savings.

The insulation-for-one-euro is a CEE scheme which has attracted criticism, with complaints of shoddy workmanship and incessant cold calling to entice clients to take up the scheme. To avoid similar problems with this new scheme, the government has said the first step is to contact a company in your area which has signed up to the Coup de pouce thermostat avec régulation performante charter, as you have to have it installed professionally.

You can find a certified professional via the government website faire.gouv.fr and contact an advisor without charge for further information. You should ask for a quote and can ask for several from different professionals. You have to choose a classification VI, VII or VIII thermostat for a heating system which also heats the water, and which is classified according to the type and situation of sensor.

If your water heater is separate you have to have a system which automatically regulates temperature in different rooms or zones. There are various ways that the €150 will be paid. It can be via cheque or bank transfer, deducted from your bill or in the form of discount vouchers from your installer, so it is worth establishing how the grant will be paid before signing any contract. The government hopes that between 20,000 and 40,000 new thermostats will be bought every month using this grant, which will be available until December 31, 2021.