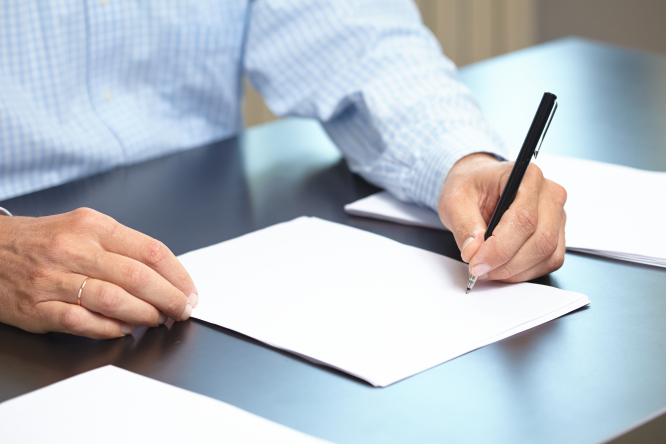 A certificate of heredity is sometimes sought in instances where the deceased did not leave a will Pic: allstars / Shutterstock

I have been told that a certificat d’hérédité is needed for me to prove my rights as heir to my father’s property. What is this?

This is a document supplied by a mairie with a link to the deceased and/or the heir (see below).

However this is a matter of convention and mairies were never obliged by law to produce them, furthermore in practice, since a 2015 legal simplification law, many no longer do so.

They are only applicable for simple inheritance situations, for example where there is no will or marriage contract and the sums are relatively small.

If the mairie cannot provide one, or if you do not want to go down that route, there are alternatives (see below).

After someone dies, a certificat d’hérédité in French, can help heirs prove their relationship to the deceased and make official procedures easier.

They can be especially useful in cases where someone dies without leaving a will, who owns no property and who has just a small amount of savings.

Getting a certificate of succession means, for example, an heir will be able to access funds up to a maximum of €5,000 in the deceased’s current or savings accounts, in order to pay off outstanding debts or share between other heirs.

It can also help a surviving spouse access a widower’s pension, parts of the deceased’s pension that they may be entitled to, or widower’s benefits for two years if the deceased held an assurance vie savings account with such benefits attached.

How do I get a certificate of heredity?

A certificate of heredity can be provided free of charge with proof of the heir’s relationship to the deceased – normally that they are descendants, ancestors, indirect descendants or a surviving spouse.

When requesting a certificate an heir must typically provide a death certificate, the deceased’s birth certificate, and proof of their identity (eg. passport). The livret de famille family record book may also be requested, but this would not be applicable to many non-French families.

They may also be asked to provide their own identity card, proof of home address, livret de famille for the deceased’s parents if they were unmarried (not applicable eg. if they are British and living in the UK), a certificate request form and letters from the deceased’s bank (or other institutions) specifying the amounts remaining to be transferred.

It is advisable to contact the mairie before visiting to check exact documents needed, such as proof of the deceased not leaving a will, or identity documents for other heirs.

The mayor may refuse to issue a certificate if the inheritance is complicated (or the mairie no longer issues these) and may refer an heir to a notaire instead.In this case the heir will have to pay for the notaire’s services.

What rights do unmarried partners of the deceased have?

In France if one member of a couple dies without leaving a will and the couple are unmarried or are in a French Pacs or equivalent civil partnership, the deceased’s children are first in line for any inheritance followed by the deceased’s siblings.

If the deceased has no children or siblings, the inheritance passes to any living parents, grandparents or great-grandparents, unless they leave a will stating otherwise.

What if I need to access the deceased’s money to help pay for immediate costs?

In urgent cases, an heir can ask for funds of up to €5,000 to be released from the deceased’s bank account to pay for immediate costs related to their death, such as funeral costs.

In this case, a declaration signed by all heirs authorising one heir to receive the funds should be provided, along with bills proving relevant expenses.

What are the alternatives?

1. Attestation signed by the heirs

In the case of small estates, of less than €5,000, the certificate of heredity can be replaced by an attestation signed by all the deceased’s heirs.

It should state that: The deceased left no will and had no other heirs, was not married, the inheritance is not being contested in court and does not include bricks and mortar property, and that the holder of the document can collect sums remaining in the deceased’s bank accounts and close the accounts, on behalf of the heirs.

You will also have to check the register of wills, and obtain a certificate proving there is no will, at a cost of €18. This can be done online.

2. An acte de notoritété from a notaire

If the estate value is more than  €5,000 you cannot go down this route but instead need to obtain an acte de notoriété from a notaire.

This document will allow you to eg. unblock sums of money in bank accounts where the amount is more than €5,000, or prove you are an heir so as to change a car registration into your name.

It costs a fixed €69.23 plus any extras charged for by the notaire (you can ask upfront for an estimate - un devis).

What is a European certificate of succession?

This is a document that may apply where someone dies in a country that signed up to the 2015 European regulation on inheritances (this does not include the UK or US, for example) and where there is an international element to the inheritance.

It is drawn up by a notaire in the country where they die to provide (where useful) key points relating to inheritance matters for the benefit of notaires in other countries, including proof of who the heirs are.

The certificate refers to the law in the country in which the deceased died, as long as they do not have a clause in their will stating that laws from their country of origin (if different) should be applied instead.

For more about inheritance issues in France, see our help guide to Inheritance Law and Wills in France.