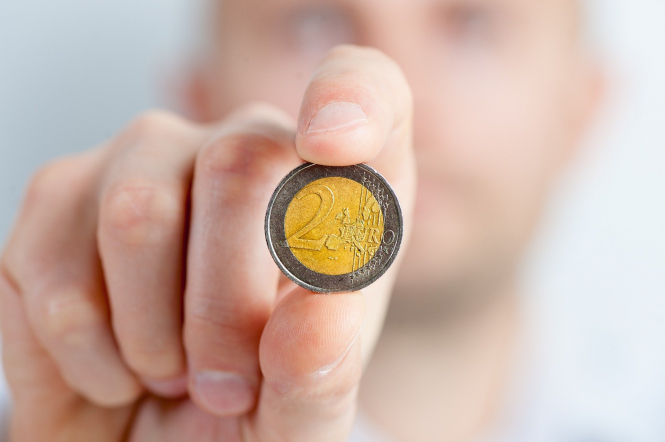 Why am I being asked to correct tax declaration?

Reader question: I received an email from the tax service about the opening of a correction service for my declaration of 2019 income – does it mean I made a mistake? I have already had my tax assessment.

No, the tax service is simply letting you know that the annual correction service is now open, in case you have noticed something you would like to add or modify.

The Fisc allows for corrections, and the service is open until December 15 this year. If you make changes, they will send you an updated tax assessment if the amount of tax has changed.

It would, however, in any case be worth checking your assessment is correct, notably because this is the first full year that the new system of paying tax at source has been in operation, and care needs to be taken with the amount that the Fisc is showing as tax and social charges that were paid by direct debit during 2019.

The amount should be shown in your personal space at impots.gouv.fr in the prélèvement à la source section, under consulter l’historique de tous vos prélèvements and 2019.

This year, some people found that the figures pre-printed on their tax declarations were different, and sometimes the reality of what was taken from accounts was different again.

So it is worth checking the avis this time, not only for what they have assessed, and the calculations, but also for the amounts it shows as being paid by direct debit in 2019.

Which pensions are government?

Reader question: You have previously stated that pensions paid by HM Paymaster General are taxed in the UK. My husband’s NHS pension is paid by this means and he pays tax in France.

It is international tax rules that decide if a pension is taxed in France or not, eg. the UK-France double tax treaty, which refers to government pensions being taxed in the country issuing them. This refers to people who worked for the government, not to the British state pension, which is taxable in France.

Read more: It is decision time for UK pensions in France after Brexit

Whether or not a pension is a government one for those purposes depends generally on who pays it, and being paid by the Paymaster General makes it probable that the pension will be defined as such (military pensions are a common example). However, there is an official list of which pensions are deemed “government”, or not.

In the case of NHS pensions specifically, it states they are classed as such where paid by a local authority, as opposed to those paid by private contractor Capita or the Paymaster General’s Office.

The other point to note is that the issue is not whether tax is actually paid or not, it is which country has the right to assess the income for tax. For most government income sources, this is, between the UK and France, always in the country that makes the payment. The French Fisc will refer to the same list linked to above.

Must we pay full taxe foncière?

Reader question: We have two French houses we have owned for 30 years. When we are limited to 90 days out of 180 next year, do we still have to pay a year’s taxe foncière on both? We have never let them out.

Sadly, yes, the liability to taxe foncière and d’habitation is for the whole year, since these taxes are due on the owner/user of the properties on January 1 each year and not on the use made of the properties during the year.

Read more: Second home in France: Why such a rise in our taxe foncière?

Can I obtain Winter Fuel Payment?

Reader question: I have heard some over-70s expatriates living in France are receiving winter fuel payments from the UK. Is this true?

This is incorrect. There was controversy over this several years ago when the UK deemed France and certain other EU/EEA countries to be “too hot” for pensioners there to claim the payment. Others include Cyprus, Gibraltar, Greece, Malta, Portugal and Spain. Since then, payments have not been made to recipients of the UK state pension in France – assuming the UK knows they have their full-time residency there – but they have continued to be made to those in other EEA countries under certain circumstances, eg. the person should have a “genuine and sufficient link to the UK”.

With the end of the Brexit transition period this year, it is doubtful whether this will continue for those moving over from January 1.

Reader question: I am 74 and have been living in France since 2006. I recognise that setting up a new assurance vie at this time of life does not have the fiscal and inheritance advantages of those taken out before my 70th birthday. I have small AVs I set up in 2007 from which I have not made withdrawals. As I have further money to invest, is it possible to add these to my 2007 AVs and retain the more beneficial advantages?

FRENCH AV contracts do allow top-ups at different times in life, but there is a principle that “material changes” do not obtain the same benefits as those attributed to the original investment.

One of these is the amount that is subsequently invested, and this depends on the individual assurance company and its contract.

As a general guide, most assurers would consider investments up to 80% of the original investment to not be “material”.

Over this they would be “material”, resulting in effectively having two investments in the one contract: the original one and the new one falling under present-day rules.

I suggest you check with the assurers what amount of new investment they would consider to be not a “material change” and whether the amounts you plan to add are small enough to be treated under the same tax rules.

The Connexion welcomes queries and publishes a selection with answers every edition. However, please note that we cannot enter into correspondence on money topics. Queries may be edited for length and style. Due to the sensitive nature of topics we do not publish full names or addresses on these pages.