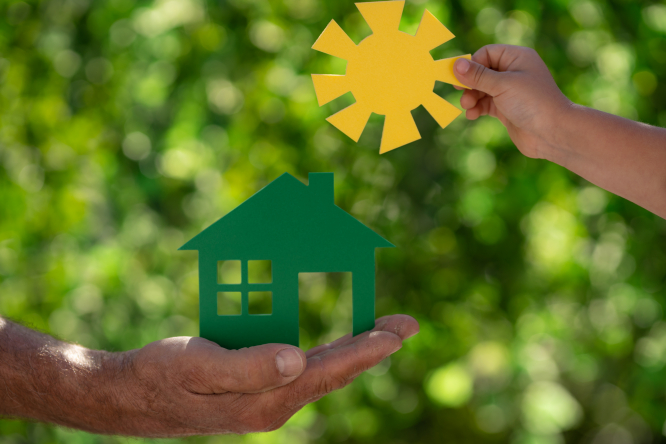 The government said there were 190,000 requests for grants under the MaPrimeRénov’ scheme last year Pic: Sunny studio / Shutterstock

Over 170,000 households and co-owned properties, such as blocks of flats, have benefitted from a government grant in France aimed at encouraging people to use less energy in their homes.

In October last year, the application process for it was opened to all homeowners, regardless of their income and whether they occupy their home or rent it out, although landlords will have to wait until July this year to be eligible to receive the money.

The scheme is not open to those who own second homes in France as the properties must be the main residence of someone, whether that is the homeowner or a tenant.

A newsletter published by France’s finance ministry stated that by the end of March 2021, 173,453 properties had benefited from the scheme.

The ministry has not given a sum for the grants, which go mainly towards insulating older buildings and cutting the cost of installing energy efficient hot water, ventilation and heating systems.

From the start of July, MaPrimeRénov’ will also be extended to landlords wanting to renovate properties that they rent out – something which could bring substantial changes  as bans on renting out properties which have the worst energy ratings are to come into force.

Grants are only awarded when the insulation work is carried out by businesses certified RGE (Reconnu Garant de l'Environnement) with the certification costing the businesses at least €1,000 a year over four years in training, administration and inspection fees.

Last year, the government said there were 190,000 requests for grants under the MaPrimeRénov’ scheme.

The grants, which are for a maximum of €20,000 per household every five years, are handled entirely by a web-based system.

Once estimates have been obtained from RGE artisans, a request for a grant is made through the MaPrimeRénov’ website.

In addition to the estimate, you will be asked to provide identification documents and tax details.

The request is then examined, and you are notified that you are qualified for the grant.

When the work is completed, you need a full bill from the artisan, which is then sent, also via the website, along with a bank RIB (relevé d'identité bancaire – found in the back of cheque books or with your internet bank account) so that the grant can be sent directly by the government into your bank account.

Usually this takes place two weeks after the grant approval, although there have been some delays, with the government saying Covid-related disruption is to blame.

The amount of the grant depends on your declared tax revenue: The higher the declared revenue, the smaller the proportion of the grant.

A budget of €2billion was allocated for the scheme for 2021 and 2022, and the government

It estimates that eight million rental properties might be eligible for renovation grants, with an extra bonus being added to the grants if the properties worked on have an energy rating of F or G, the lowest on the scale.

The possibility of benefiting from large government grants has led to an increase in scammers, and the authorities have started issuing seven-point guides to make sure consumers do not fall into the hands of crooks.

The first point is to remind people that it is now illegal to make cold-call telephone calls offering energy renovation – the only exception being if they come from a company with which you already have a relation (if you buy your electricity from EDF, EDF can call.)

Doorstep sellers are also to be avoided, especially if they claim they are sent by government agencies. Do not give such people banking details and never sign a contract straight after being presented with it, without reading and understanding it.

Other advice is to always ask for formal, written estimates, never sign off the end of the work until you are sure it has been done, especially if you have taken out a loan.

You can seek help from associations if you feel you have been a victim of fraud, and also signal frauds through the www.faire.gouv.fr/iframe/reclamation site.

'Identifying those at risk of cancer before they fall ill is key aim'
28 July 2021
More from Property
More from Connexion
Get news, views and information from France
Join the newsletter
Subscribe to The Connexion