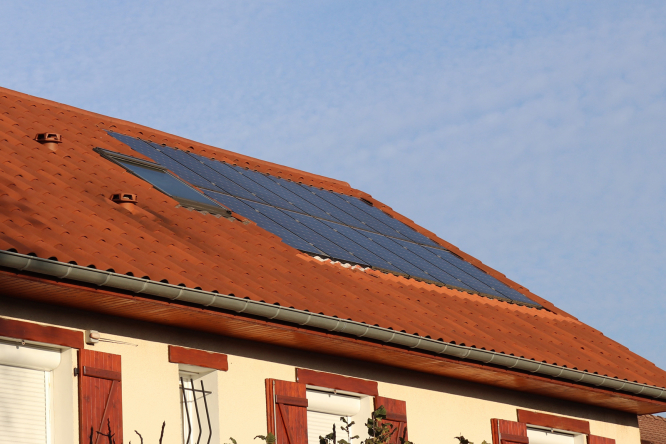 Solar installations that let homeowners sell any surplus power they generate have become the most popular choice, four years after the scheme was introduced.

There have been around 120,000 domestic installations a year since 2017, of which around 20,000 are self-consuming-only without reselling, according to Jérémy Simon, deputy CEO of the Syndicat des énergies renouvelables.

He told The Connexion: “The governmentfixed price of 10 centimes per kWh, which is better than what was proposed when the scheme was being developed, has helped people choose.”

Self-consumption installations injecting their surplus into the grid accounted for 9,861.96 megawatts in the first quarter of the year, according to figures from Enedis, the part of EDF in charge of delivering electricity to homes.

Mr Simon said he was also struck by the growth in the use of simple plug-in solar panels, which are installed outside and then plugged into a wall socket somewhere in the house.

“They now cost around €600 from electrical shops where you buy items like fridges and washing machines, and produce around €80 electricity in a year – enough to run a fridge, for example – so they can pay for themselves in eight years,” he said.

While prices of solar panels have continued to plummet, demand for professional installations is so high that overall installation costs have not fallen greatly. For people who are not afraid of doing work on their roofs, self-installation kits are now much cheaper than before, at around €5,000 for a 3,000 kWh installation, including help for declarations at the mairie and with EDF if you want to sell surplus electricity generated.

However, as is often the case in France, homeowners who go down the self-installation route will not be eligible for government grants for having solar panels.

Using a professional with a reconnu garant de l’environnement (RGE) qualification should make it easier to access subsidies, depending on your income, from the MaPrimeRénov website.

Prices for professional installations vary but Mr Simon says most homeowners pay around €9,000 for 3kWc installations.

Most good installers are so busy, however, that waits of up to a year to have the work done are not uncommon.

As always with building, the advice is to find local installers who do not use sub-contractors, and, of course, resist being sold installations by cold callers.

Another grant is the prime à l’autoconsommation, awarded to people who sign contracts to sell their surplus to EDF. Once again, it is only for installations by RGE professionals, not for DIY kits.

It is based on the power of your installation, with the biggest grant, €380 a year over five years, for an installation equal or under 3kWc (the measure used by the government, while electricity used and sold is measured in kWh – the average per household is about 4760kWh).

Tax laws have also changed regarding solar panels and now, if the installation is 3kWc or under (equal to between eight and 10 standard panels, depending on how they are built) the cash from selling to EDF, while having to be declared, will not count when calculating income tax.

Over this amount, it will be added to other income for tax purposes, and you will also have to pay CSG and CRDS social security charges on the money.

Most days, 70% of France’s electricity is produced from large nuclear power stations, according to RTE, which runs the high-tension electricity network in France.

Solar power, both from large installations and domestic ones, now accounts for around 7% of production.

MaPrimeRenov: How to claim grant for energy upgrades in French home

French ‘RoboCrop’ pilot scheme could be solution for small-scale farms
15 October 2021
More from Property
More from Connexion
Get news, views and information from France
Join the newsletter
Subscribe to The Connexion