MaPrimeRenov: How to claim grant for energy upgrades in French home 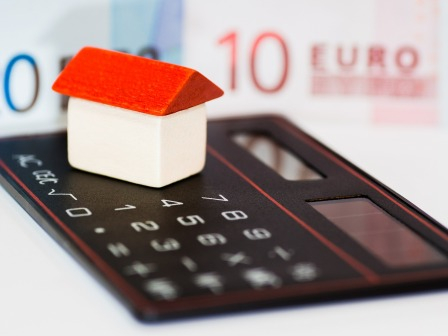 The French government’s home insulation website had more claims for subsidies to improve home insulation and boilers by the end of March this year than for the whole of 2020.

Ecology minister Barbara Pompili gave the news in an interview with Le Parisien and said that further measures were being planned to make it even easier for householders to access help. A budget of €2 billion has been allocated to the project this year, which is being classified as an investment rather than an expense because it will help improve France’s housing.

Her interview comes after French TV news reports of some people being left thousands of euros out of pocket because promised aid did not materialise.

The ministry acknowledged “a few cases” had fallen victim to a computer bug, but said they had been identified and the promised money will be paid rapidly.

Among the measures outlined by Ms Pompili will be a new emphasis on the appointment of a one-stop advisor, called an accompagnateur renovation to both inform clients about all help available, and to guide them through the application process.

Another measure she is bringing in is a state-backed bank loan, linked to the application, for clients who do not have the savings or income to carry out all the work at once.

Help through the MaPrimeRenov website used to be limited to people with low revenues which meant they did not have to pay income tax, but it has now been opened to all tax revenues, with aid proportionately lower for the better off.

How much financial support could I get through MaPrimeRenov?

The amount of help depends on the type of work carried out, your status (homeowner, tenant or landlord) and your income. It is therefore impossible to say how much cash will be available to help change a window from single glazing to double-glazing, for example, as the government says every case will be different.

Globally it says most people will get subsidies covering 30% of the cost of energy efficiency renovation.

The official site, www.maprimerenov.gouv.fr includes a link to an anonymous simulator on another government site, www.faire.gouv.fr to let individuals see what they qualify for.

It is hit and miss – on Wednesday morning the simulator was not allowing progress beyond the first page of the form, presumably because of the number of users, while the telephone helpline insisted it was working perfectly. It is strongly advisable to go directly to the official site yourself, rather than following the commercial links which appear at the top of most search engine results for the query 'maprimerenov'.

When the simulator site works you need to be armed with your revenu fiscal de reference for the last year (many French people keep this easy to hand as it is a commonly asked for figure.)

Most people can expect subsidies of 30% of the cost of renovations involving new green boilers, and a similar amount for work concerning insulation.

How to make a claim

To sign up with the maprimerenov site, you need to first create an account with your tax revenue reference, an email and telephone number and the names and dates of birth of everyone in the house.

You will also need the separate Numéro fiscal for your impôt sur le revenue (tax) declaration.

At this stage, you need an official devis for the work you want to be carried out which has to come from an artisan or company with RGE certification (Reconnu Garant de l'Environnement) and to actually apply for the grant you need to use this as the base of your claim.

In theory, you will then quickly be told whether your application has been granted or not, the work gets done, and when the time comes to pay the bill, the amount of the subsidy is directly paid into the tradesman’s account and you pay the rest.

This rosy picture is somewhat darkened by the fact that the official guide into filling out the maprimeronov form is itself 101 pages long, so be ready to set aside some time for computer form-filling fun.

One of the options is to designate a “mandataire” - someone who will fill out the forms for you.

Usually, this will be the firm doing the work but if you choose to allow them to do the work be careful – previous government schemes for items such as solar electricity panels have been notorious for unscrupulous firms using mandataire status to sign people up for expensive loans and for poor workmanship.