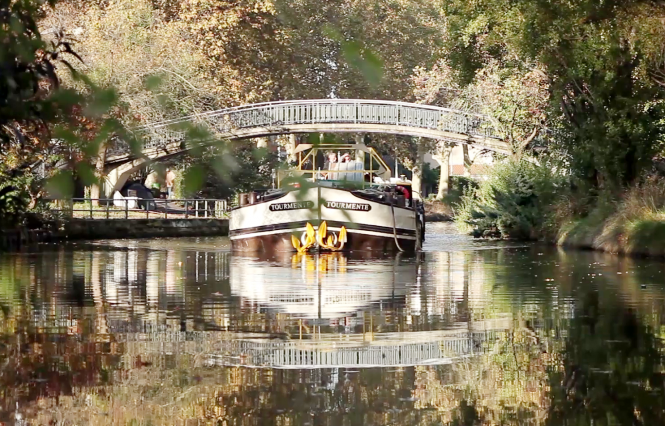 Cargo could one day be routinely transported again along the historic Canal du Midi in south west France.

Agir pour le Fluvial started trials in March, when it transported 130 tonnes of concrete on the canals in Toulouse, 40 years after the Canal du Midi - a Unesco World Heritage Site - was abandoned as a cargo route.

Jean-Marc Samuel, president of the association, said: “It’s a test to see how we can reorganise transport on canals, bring material from one point to another, evaluate how much we can transport, and see the routes to follow.”

The organisation has been working to reinforce waterborne transport in France, which represents only 3% of merchandise.

One boat is equivalent to eight trucks and could reduce road traffic and pollution. Mr Samuel said: “We cannot replace trucks or trains to transport merchandise but it’s important to work all together.

“All ways to transport merchandise should complement each other.”

Mr Samuel wants to show that canals, which have been largely abandoned as cargo routes in recent decades, can still be used.

He said: “We have abandoned canals because the trucks can be bigger and faster, but boats can still transport things such as cereals, or pallets, and distribute merchandise locally.

“It is also a good way to arrive in a city without noise and without polluting.”

If the trials are approved by the city council of Toulouse, boats could be used again on the Canal du Midi within three years.