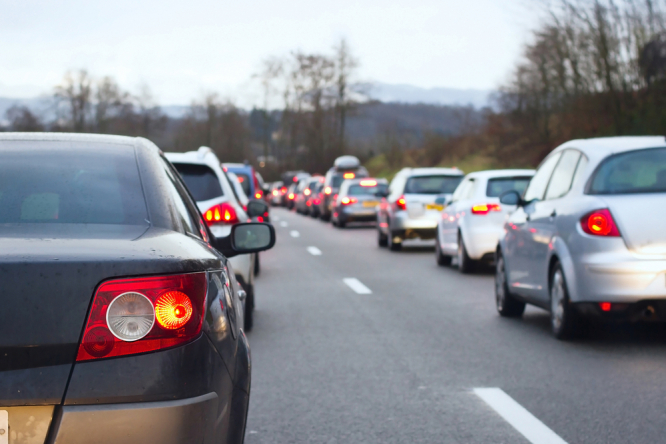 The EU has set out proposals to ban the sale of new cars and vans that produce carbon emissions from 2035, five years ahead of when France was planning to do so Pic: Song_about_summer

France’s largest car club, the Automobile Club Association, has condemned proposals from the European Commission to ban the sale of new cars and vans that produce carbon emissions from 2035.

The Commission set out proposals on Wednesday (July 14) to reduce CO2 emissions from cars by 55% by 2030 compared to 2021 levels, and to reduce emissions by 100% from 2035, effectively making it impossible from then to sell new fossil-fuel powered cars within the bloc.

“Transport is today the source of 29% of the EU total greenhouse gas emissions. By 2050 we need to cut it by 90%,” said Adina Vălean, the EU’s transport commissioner.

However, Yves Carra, spokesman for the Automobile Club Association, said the move takes no account of the progress made in reducing pollution from internal combustion cars over the last 20 years, or the potential to reduce it further.

“Above all, it ignores the reality on the ground, that there are just not enough electric chargers in place and it will be impossible to put enough in place by 2035,” he told The Connexion.

“I am speaking from Tarn (Occitanie), driving a hybrid petrol and diesel car, and looking to recharge from public charging points, and it is very difficult.  Medium-sized towns like Albi and Castres with populations of around 50,000 people, have no more than 15 public charging points for the whole town now.

“It will be very difficult and incredibly expensive to have one in each car-park, let alone enough to charge lots of cars.”

He said the charging network on motorways was also inadequate and very expensive.

“They charge 60 euro cents a minute and when you see that you are lucky to get a few kilometres of charge in a minute, you quickly do the sums.”

Frans Timmermans, the EU's head of climate change policy, said the issue of charging points would be resolved.

"The transition to electric vehicles is going much faster than anybody had ever anticipated, but then we are under an obligation to create the right incentives for that. So the charging infrastructure should be there."

President of the European Commission, Ursula von der Leyen, said governments will have to make a concerted effort to create more public recharging points, with the EU estimating there are 260,000 in place now and 3.5 million needed by 2030.

France already has legislation in place preparing to ban the sale of new fossil-fuel cars from 2040.

Mr Carra said he thought car makers had been at fault for not communicating enough about the gains made in reducing pollution and increasing safety over the past 20 years.

“The amount of traffic on the roads has doubled, but the pollution from cars and vans has gone down by 20 times,  it is an incredible achievement,” he said.

He said that engine makers still had scope to make further improvements, especially using bio-fuels and synthetic fuels, which are responsible for very few CO2 emissions.

“With these proposals the European Commission has shown that its political time scale is completely out of step with the others.”

As well as the ban on internal combustion engines for cars and vans, other commission proposals include introducing taxes on jet fuel gradually over the next 10 years for inter-Europe flights.

Currently, no taxes are applied to kerosene.

Ships of over 5,000 tonnes will have to join a quota system for carbon dioxide emissions if the proposals are accepted, and be banned from using their motors while moored.

The European Commission wants similar quota requirements for central heating oil from 2026, something which will lead to a rise in prices.

"This is the sort of ambition we've been waiting to see from the EU, where it's been lacking in recent years," said Helen Clarkson, the CEO of Climate Group, a non-profit organisation that works with business and government leaders around the world to address climate change.

9 hours ago
4
Covid-19: Rules for travel to and from France

9 hours ago
5
France: 'Let vaccinated UK people make up own minds on travel'

Solar bins crush rubbish in Nice to end overflowing waste on streets
4 August 2021
More from Transport
More from Connexion
Get news, views and information from France
Join the newsletter
Subscribe to The Connexion