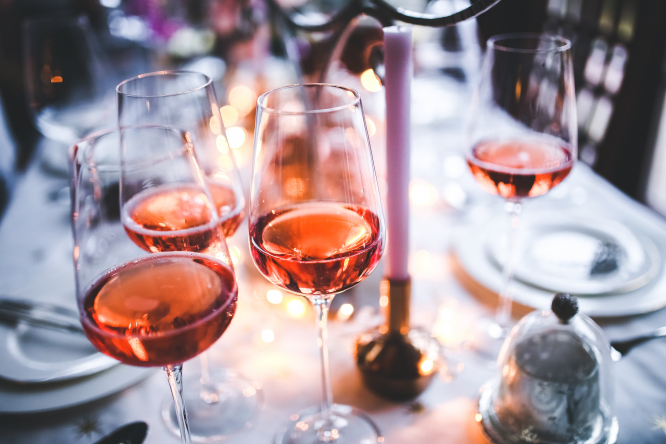 Covid had little impact on exports last year, as rosé is still not drunk much in restaurants. Instead, people bought wine to drink at home Pic: Kaboompics / Pexels

Winemakers in Provence are toasting their success after record growth in exports in 2020 – and sales to the UK up by 50%.

Rosé led the charge, finding new buyers across Europe and even managing to keep a high volume of sales in the United States, despite Trump-era taxes on imported wine.

“Ten years ago, rosé was a very secret wine – only the French, Swiss and Belgians were big consumers,” said Brice Eymard, of the Conseil Interprofessionnel des Vins de Provence, a trade body charged with setting and maintaining standards, and marketing.

“Now it has really taken off in the US and Europe, and we hope soon the rest of the world too. We, in Provence, are the specialists in France in rosé wine and are reaping the benefits.”

The biggest growth market for rosé was the UK, where the market grew 50% in volume and 51% in value.

“In the past, we hardly sold any rosé at all there,” said Mr Eymard. “Now it is growing year on year. As elsewhere, people buying the wine are mainly millennials and they do not just buy it to drink at meals – they drink it at barbecues, during the day, or as a drink when they have got home from work.

“They appreciate the quality in our rosés, liking its freshness, its dryness and the scent and flavours, which are much more to the fore than they were before.”

“We were able to limit the damage because some of our big exporters started exporting in bulk and bottling wine in the US to get round taxes, while others effectively lowered their prices to compensate for the effect of the tax,” said Mr Eymard.

“Hopefully, this year, with the taxes suspended, we will be back into growth figures.”

People living near vineyards in Provence are now used to being woken up at 02.00 by harvesting machines – a change which reflects the improvements in quality in rosé wine.

“The biggest change in recent years has been in the mechanics of making the wine, with temperature control a key part of that,” said Mr Eymard.

“By harvesting at night and in the early morning, you have cooler grapes and juice than you used to have. After pressing, it is now common for rosé wines to go into temperature-controlled tanks, often stainless steel with a system of spraying water on the sides to cool them down, which has greatly improved quality.”

The new methods come from a research centre set up 20 years ago specially for rosé wine.

Covid had little impact on exports last year, as rosé is still not drunk much in restaurants. Instead, people bought wine to drink at home.

In France, the impact was severe, with restaurant sales down 50% – not compensated for by an equivalent rise in home buys.

11 hours ago
4
Britons in France: Five groups 'at risk' of missing card deadline