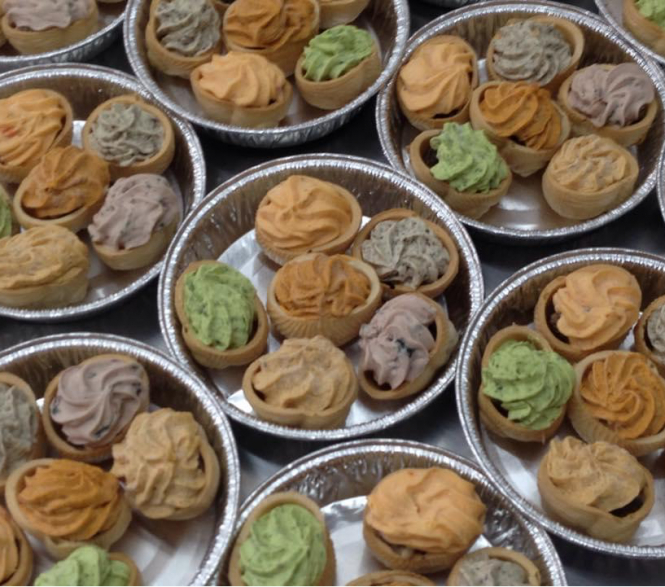 'I have always spent a lot of time in the kitchen and began cooking snails, realising that there was a market for good quality snails'
By Connexion journalist

When Mike Collins was looking for a property to turn into a snail farm, one of his requirements was far from what most people buying a rural French home would be searching for.

The house, just outside the village of Râches, in Nord department, also had the advantage of having a large, marshy garden, ideal for snails.

There were outbuildings to convert into the snail nursery, kitchen, freezer and shop, which were an essential part of the snail-farming plan.

“The house was just about a ruin, so we started there, so we could have somewhere to live,” said Mike, 45.

He started work at the age of 11, with a paper round, and during his school and university years had often worked on construction sites during holidays, which was an obvious help. “One of my jobs was as a sparkies’ mate, in other words an electrician’s helper, which meant that when it came to doing the wiring, including all the wiring for the kitchen and cold room, I was confident in my ability and got on with it.”

The plan to become a snail farmer developed over the years, as Mike, then working for a large language training company in France, realised he was going nowhere and needed a change of career.

“I have always spent a lot of time in the kitchen and began cooking snails, realising that there was a market for good quality snails, and from there the idea grew, especially when it became obvious that problems at work meant that it would be best if I left and did something else.”

When his job ended, he took himself off for a four-and-a half- month training course at the Centre de Formation Chateaufarine, at Besançon, one of only two places in the world offering specific training in snail farming, which gave him a Brevet Professionnel Agricole.

But then he ran head-on into French bureaucracy when he tried to register as a snail farmer with the chambre d’agriculture. “Because there was so little information out there about snail farming, they put every obstacle they could in my way.

“I had to have at least three months’ work, with a contract on a farm, and then another two months’ work in direct sales – luckily, I knew local farmers and they took me on.”

When all the requirements were met, he made sure his farm was officially registered on May Day 2008, “the international labour day, which includes the right to work”.

The farm now raises snails, with 35 different products, including snail caviar, available from the farm shop, which has queues of people wanting to buy.

While Mike was working on the house, the commune built a roundabout on the road, which meant car parking outside was not a problem.

This now has a two-and-a-half-metre sculpture of a snail on it – something Mike promised he would put there when his farm became a success.

Want to build on farmland in France?