Exhibition shows many animals to have lived at Palace of Versailles 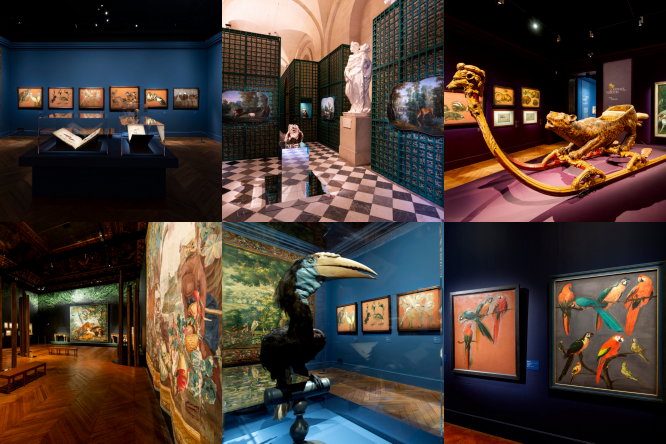 The palace’s wide collection of animals not only influenced the court’s philosophy, but also the country’s knowledge of science, and its art scene Pic: D. Saulnier / T. Garnier / Château de Versailles

The Palace of Versailles is hosting an exhibition dedicated to the thousands of animals that once roamed its grounds, featuring approximately 300 artworks.

‘The King’s Animals’ display, organised in collaboration with the Louvre art gallery, is open and on show to the public until February 13, 2022. It features paintings, sculptures and tapestries, as well as more unique pieces in the form of vellums, china, and goldsmithery.

These will ‘testify to the omnipresence of the animal at Versailles’ – whether in physical form or decorative, the animals having inspired exquisite ornaments such as sledges, boxes and candlesticks.

Under the Old Regime, the palace housed 2,000 horses in its royal stables, 300 hunting dogs in the kennels, and dozens of cats, monkeys and birds in the apartments and antechambers.

The menagerie, which was built by Louis XIV but destroyed in 1902, held rare animals such as the quagga, cassowary and coati, as well as exotic species including tigers, lions and antelopes.

The exhibition includes taxidermied (stuffed) animals such as Louis XV’s elephant, and a skeleton of an elephant gifted to Louis XIV by the king of Portugal.

There are also 30 or so sculptures from the labyrinth of Versailles, which was once a hedge maze filled with hundreds of statues and dozens of fountains illustrating the fables of the Greek writer Aesop.

The artworks have come from around 50 different French and international collections, including Florence’s Uffizi Gallery and Paris’ Museum of Hunting and Nature.

One room in the exhibition is dedicated to the Court’s opposition to philosopher Descartes’ Animal-Machine theory, a notion that denied animals of intellect and sensitivity and was gaining popularity at the time.

According to the exhibition’s press pack: ‘The Court of Versailles was a place of resistance to this theory, and the source of a new vision of the animal world.’

The display also features numerous portraits of royals with their beloved pets attesting to this, including Louise-Marie of France, the daughter of Louis XV and Maria Leszczyńska.

It also includes effigies of various of the kings’ favourite dogs and even a painting of Général, Louis XV’s cat.

The palace’s wide collection of animals not only influenced the court’s philosophy, but also the country’s knowledge of science, and its art scene.

Many artists, such as Adam François Van der Meulen, also found inspiration in the court’s animals, as showcased in the many paintings displayed in the exhibition.

5,000 perfumes in the world’s largest archive in Versailles

exhibition
Versailles
animals
More from Our Pick
More from Connexion

One tower per family in this noble medieval site in France
3 December 2021
More from Our Pick
More from Connexion
Get news, views and information from France
Join the newsletter
Subscribe to The Connexion