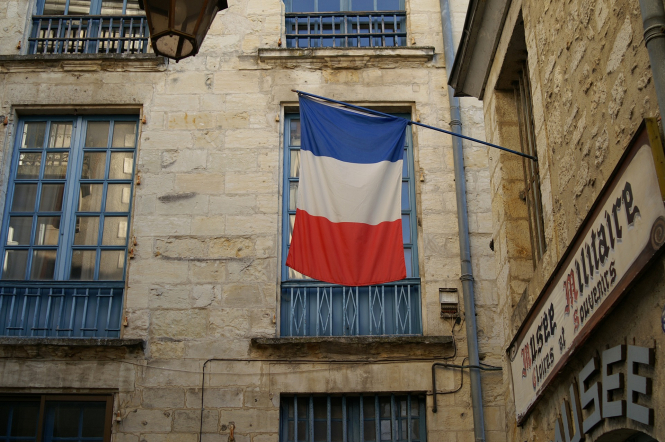 'So much now depends on how Mr Macron steers France out of the strictures of the Covid crisis, and starts to repair the immense social and economic damage it has done' Pic: Jonas Manske / Pixabay

Since I last wrote, a month ago, the French media – some distance, I suspect, behind the French public – are coming round to the view that Marine le Pen could, in a year’s time, be president of France.

The Jean Jaurès Foundation concluded that three conditions had to be fulfilled before she could win.

The first is that traditionally moderate right-of-centre voters, who in previous elections have either abstained or voted for a left (in 2012, François Hollande) or centrist (in 2017, Emmanuel Macron) will next year feel minded to vote Le Pen.

Recent opinion polls suggest that, in some considerable measure, this may happen: not only has the public been seriously disillusioned with Mr Macron and his handling of the Covid crisis and what is seen as a growing public order crisis in many French cities but Mrs Le Pen has been successful in undoing the racist image that she and her movement inherited from her father.

Second – and the polls also suggest that this is happening – the decline in Mr Macron’s popularity needs to be matched by the rise in Mrs Le Pen’s, rather than his support drifting off to other candidates.

And finally, the clean-up in reputation of the Rassemblement National since the days when it was called the Front National needs to be sufficient to persuade supporters of left-wing candidates who are eliminated in the first round to abstain in the second, rather than support a rival candidate.

The widespread assumption at the moment is that the rival would be Mr Macron: but so combustible is French public opinion right now that nothing can be taken for granted.

The media now talk about a process known as the dédiabolisation of the RN – literally, taking the devil out of it.

'It is the success of this – of the normalisation of Mrs Le Pen – that has unsettled Mr Macron, all the more so because he lacks the effective party organisation to counter it'

And he is further handicapped by the lack of credibility that still attaches to what until recently were France’s mainstream parties, the Parti Socialiste and Les Républicains.

As things stand, Mrs Le Pen is the only candidate one should safely bet on to reach the second round.

From the centre-right, the first candidate to put his head above the parapet was Xavier Bertrand, a minister under former presidents Chirac and Sarkozy, who is president of the Hauts-de-France region, and who walked out of Les Républicains when Laurent Wauquiez became leader in 2021. Mr Bertrand’s announcement of his intention to be a candidate has led to him registering a distant third in the polls behind Mrs Le Pen and Mr Macron; it has also provoked uproar in the party he deserted, which considers it has a divine right to put forward the main right-ofcentre contender.

The cry has gone up that the next president should be ‘anyone but Bertrand’, which can only further help Mrs Le Pen if she ends up taking on an unpopular incumbent. Indeed, things are so desperate on the right that some fantasise about a candidacy by Nicolas Sarkozy, a fantasy complicated by the fact that he might be in prison at the time.

The French left, meanwhile, is in a profound mess, having yet to recover from the catastrophic campaign for the Parti Socialiste in 2017 by Benoît Hamon and the divisions caused by Jean-Luc Mélenchon’s hard left power grab with La France Insoumise.

Now even they have largely failed to transform French politics, which further wrecks left and centre-left ambitions to control the country.

Although Mrs Le Pen is routinely categorised as being of the hard right, her support, the polls suggest, is increasingly coming from the left – from the sort of people Mr Macron energetically, and in part successfully, sought to attract to his flag in 2017.

Her growing support is typical of populists around Europe – it is drawn not least from the working class, the elderly, and those without a university degree. Whatever the other parties might think, the fact is there are millions of such people in the French electorate, and their votes count as much as anybody else’s.

In the face of this, and the failure of his other opponents either to improve their credibility or to form some sort of coalition that might change the dynamic of the whole contest, Mr Macron seems to feel he has little option but to try and play Mrs Le Pen at what he has conditioned himself to believe is her own game: playing the tough guy.

The mounting problem of law and order in many parts of France, caused by a flourishing illegal drugs trade in the face of inadequate policing, has given him his opportunity.

In mid-April Mr Macron announced the police were being reinforced, and that by the next election there will be 10,000 more than there were when he assumed office; it was not his last throw of the dice, but it is getting close to it.

So much now depends on how he steers France out of the strictures of the Covid crisis, and starts to repair the immense social and economic damage it has done.

The turbulence of the last year is not least why the 2022 contest will be one like no other.

France votes to rehabilitate memory of soldiers shot in World War One
16 January 2022
More from Opinion
More from Connexion
Get news, views and information from France
Join the newsletter
Subscribe to The Connexion