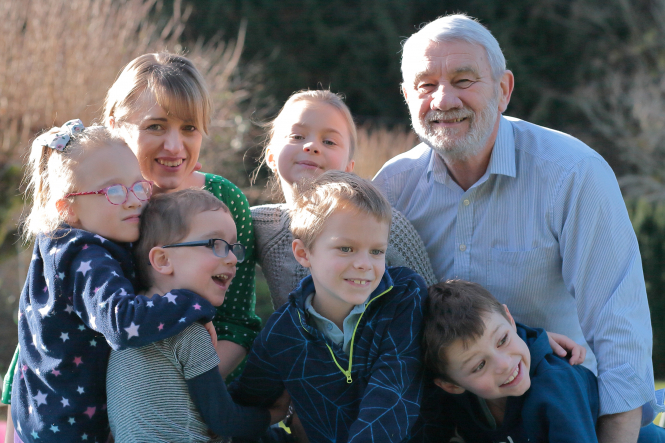 As most parents would agree, raising children is no picnic.

You never feel you’re getting it right. You never get a full night’s sleep. And despite your best intentions, the type of parent you become when your kids are in their teenage years is worlds away from the meadow-skipping Earth mother you’d imagined you’d be when all you had was a bump and a dream.

That said, if they gave out ‘gold stars’ for good parenting (and actually why don’t they?) I’m pretty sure I’d get one just for choosing to bring my little ones up in France.

I’ll start with school. It’s now compulsory for kids to start their education at the age of three.

Hang on a minute, I hear you cry. Isn’t that a bit cruel? Aren’t they too young? That’s actually what I thought at first. Until I found out that what they do in nursery schools, or l'école maternelle, involves learning through play, simple shape sorting activities, singing with their teacher, visiting the library and – more than anything – learning how to be part of a school. It’s play-school, with benefits.

This means when they start ‘real’ school, aged six, everyone is ready to learn. Everyone has had the chance to gain the same basic understanding of letters, can write their name, knows how to behave in class and what’s expected of them.

They have friends, a sense of community. In the year when they’ll learn to read in earnest, children have a decent foundation on which to build. Plus, I’m not going to lie, it’s also pretty good to have the free childcare that an early school start provides. I’m only human, and even the best parents need the occasional chance to drink a cuppa before it goes cold.

But even before that age, parents have a wealth of caring options and – crucially – these are affordable. Creches take babies from just a few weeks old if required, and subsidise the fees so that families on lower income may pay as little as 50 cents an hour.

Education and money aside, people, certainly in my area of Limousin, seem genuinely interested and delighted by children. Pre-pandemic, whenever we were out and about, people used to take the time to speak to the kids, to say hello or ask them about the book or sweet or toy they were carrying. I was heartbroken when we visited the UK and my eldest Lily (then 6) said cheery hellos to people only to be met with blank stares.

For me, though, the pièce de résistance is space. With a similar population but 2.3 times more land, things seem less crushed and frantic – and certainly in our rural area, you get a lot more bang for your buck.

Let’s face it, in the UK, unless you’re a lottery winner or Richard Branson, your kids will be lucky to have a postage stamp of a garden in which to run around. Here, we have an acre of garden where the children can scream and fight (and sometimes even play) to their hearts’ delight without our having to worry about the neighbours.

I’ll be honest. Personally, I miss the UK at times. Especially in the past couple of years when everyone has seemed even more far away than usual. But when I look at the happy children I’m growing on French soil, I know that while no where is perfect, we’ve made the right choice.

family
school
children
More from Your views
More from Connexion

Aerovillages project in France: Housing estate with planes in garage
20 January 2022
More from Your views
More from Connexion
Get news, views and information from France
Join the newsletter
Subscribe to The Connexion