Why do French restaurants have such bright lighting? 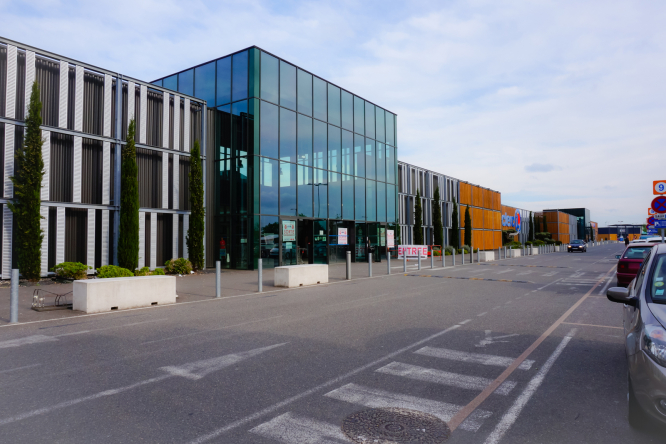 In it, he attacked the rise of suburban developments comprising endless ugly roundabouts, advertising hoardings and out-of-town retail parks.

They were, he declared, a blight on France.

I interviewed him about the subject and, with enormous political delicacy, he linked the problem to a lack of serious art training in the French education system.

I agree that even sport is taken more seriously than art, which is regarded as a niche subject for creative types, rather than a vital part of a rounded education.

Even when art is taught, the approach is invariably rigorously intellectual rather then aesthetic

Siding with Jack, I was ready to support the introduction of Roundabout Appreciation on the curriculum if it stopped impenetrable shopping jungles springing up around every town in France, like so many thorny hedges protecting Sleeping Beauty’s castle.

Come to think of it, many town centres are actually snoring, if not entirely dead...

A few linger on, however, refusing to roll over just yet.

There are even one or two brave restaurants opening in the evenings, and I cannot agree with Jonathan Miller who had a bash at French restaurants in The Spectator earlier this year for bad cooking.

There are lots of nice local restaurants in my corner of the Hexagon offering excellent home-cooked meals. What is less palatable, however, is the harsh lighting inside them.

I can deal with the hideous orange walls, grey chairs, and strange plastic flowers. I really like the fact that ‘vegetables’ usually just means French beans. I am even so used to French waiting staff that if they smile, I feel nervous.

But I do have a problem with the illumination – in nine out of 10 French restaurants, it is terrifyingly bright.

Sitting under dazzling arc lights makes me feel like I’m in a documentary.

There is no need for it. I can see perfectly well without the glare.

What’s wrong with the warm glow of a fire, candlelight, a few discreet lamps around the place? I am not asking to eat in pitch darkness.

I would just like to stop squinting against bulbs brighter than the midday sun.

I wonder what restaurateurs are thinking when they install such lighting.

Are bright bulbs cheaper? Do they last longer? Do they discourage diners from canoodling in corners? Or let them take better food photos for Instagram? I don’t think so.

Despite Jack Lang’s noble efforts to improve arts education in France, I think it is because aesthetics remains a low priority. It is not really taught in school, so simply isn’t generally a consideration.

One tower per family in this noble medieval site in France
3 December 2021
More from Your views
More from Connexion
Get news, views and information from France
Join the newsletter
Subscribe to The Connexion