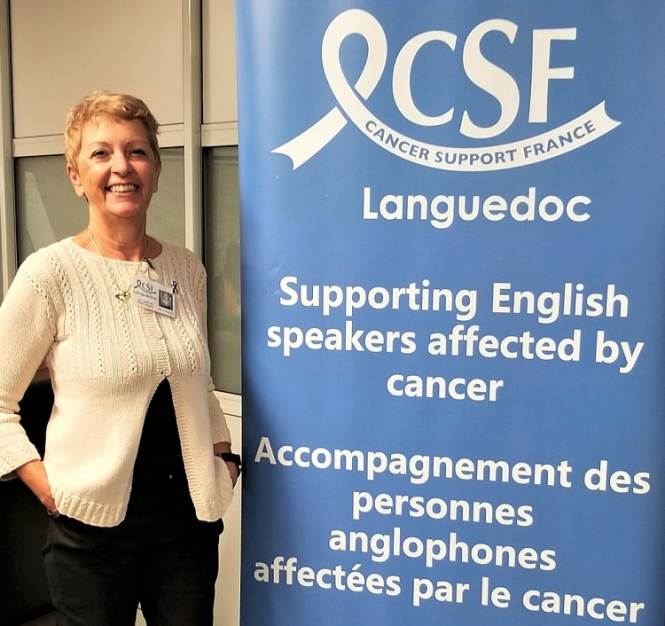 Catherine Hartley was nominated by fellow volunteers and clients and their families from the charity, which helps English-speaking cancer patients, as well as a senior oncologist at the Institut du Cancer de Montpellier hospital.

Mrs Hartley from Le Bosc, Languedoc, is French, has an English husband and worked in the UK for more than 35 years before returning to France in 2007.

She helped set up Cancer Support France Languedoc in 2009, became president in 2010, and held the position for five years.

She has also contributed to the wider Cancer Support France network, helping to draft the national training curriculum.

“The medal was an absolute shock,” she said. “I feel very humbled.

“So many volunteers work so hard that I feel it is a recognition of the work done by all the volunteers and friends of Cancer Support France, in the Languedoc and across France.”

She saw a real need for a CSF branch in Languedoc and said: “I had done similar work in the UK and so it made sense to me.

“It is so difficult to be faced with cancer in a foreign country.

“Even if you speak good French, expats can feel quite powerless in this situation.

They may not have the medical vocabulary and they are so shocked and stressed, it is difficult anyway.”

The charity helps by assigning those touched by cancer with trained, active listeners to offer linguistic and practical help, information and emotional support.