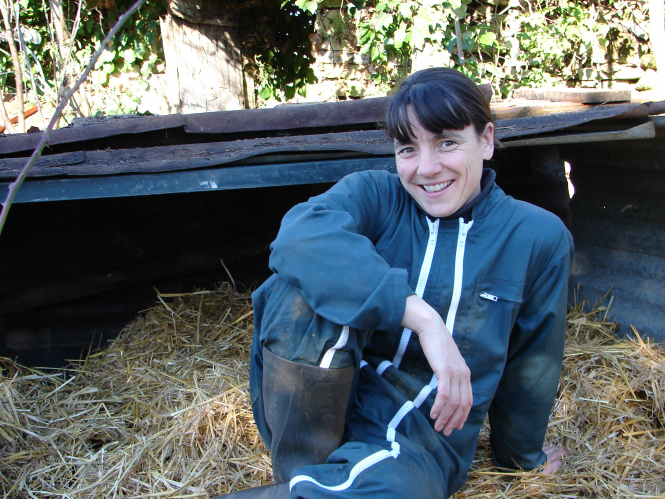 Jacqueline Yallop will take part in the festival
By Jane Hanks

Festilitt have asked authors to take part in a series of online talks and interviews on Fridays at 17:00 to give a boost to people’s weekends - and the first one is tomorrow.

So far Kate Mosse, Claire Fuller, Carys Bray and Peter May have agreed to feature.

So too has Jacqueline Yallop, who will begin the series on April 10.

Jacqueline Yallop has already been featured in Connexion about her book Big Pig, Little Pig, which recounts her experience raising pigs in rural France.

Well known crime writer Peter May, who lives in the Lot and has also been featured in Connexion, here, will be talking about his latest book on April 17, called Lockdown and set in London, the epicentre of a global pandemic. He wrote it in 2005 but it was turned down by publishers who felt the situation was something readers would not be able to relate to.

It has just been published. Peter May says his book is based on detailed planning done by both the British and the Americans in the early 2000s: “I had forgotten about my book. It wasn’t until a reader suggested that I write a thriller set against the backdrop of a coronavirus lockdown that I realised that I had already done just that.”

Kate Mosse, best-selling author of the Carcassonne trilogy will talk about her first book in a new historical trilogy, The Burning Chambers on April 24 and Carys Bray will talk about her book to be published in May on Friday May 8. The date for Claire Fuller is yet to be confirmed.

Liz Stanley, one of the organisers of the festival says the sessions will take place via the internet exchange platform Zoom, which she has been using for her professional consultancy work and found so versatile and easy to use she had the idea of using it to set up interviews with authors.

Each writer will either give a talk or be interviewed by Liz Stanley and following that there will be a chance for questions and answers from participants.

“It’s all a bit of an experiment, but we have been thrilled that the authors have all been keen to take part and we will try and find others so we can keep it going as long as the lockdown continues.”

The annual festival takes place for three days every third weekend of October with both French and British authors. Ever since it began it has proved to be a popular event, attracting well known authors such as Tracy Chevalier, Helen Dunmore, Kate Mosse, Adam Thorpe and Booker Prize Shortlist writer Graeme Macrae Burnet.

Details on how to sign up to Zoom and join in the session are here:

You can also email info@festilitt.com

literature
events
confinement
More from Your News
More from Connexion