2024 Paris Olympics to create 60,000 restaurant and other tourism jobs 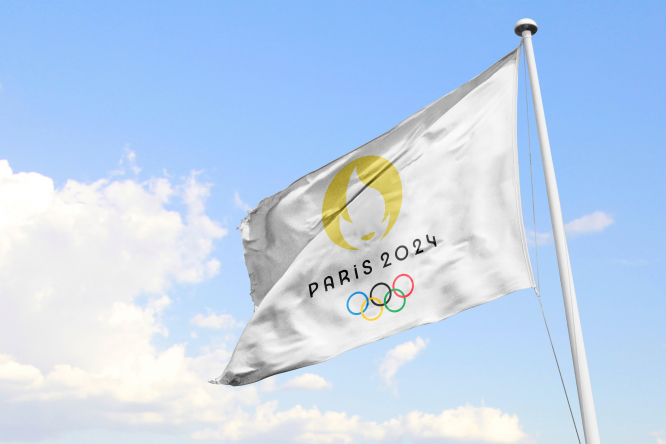 The Olympic Games 2024 are predicted to create a total of 150,000 jobs Pic: rafapress / Shutterstock

The 2024 Paris Olympics are set to create 60,000 jobs within the tourism sector, especially within the hotel and restaurant industries.

It is estimated that 150,000 jobs will have materialised as a result of the Games between 2017 – the date that they were announced – and 2024 according to a new study by the Centre de Droit et d'Économie du Sport.

Around 13,400 jobs are expected to open up within restaurants and catering, while transport and logistical workers benefit from an extra 8,000 available posts.

This will represent both an opportunity and a challenge for a tourism industry which has not yet completely recovered from the Covid pandemic.

Between January and May 2021, the sector’s activity was at 15% of its 2019 levels, but as demand began to pick up over the summer, many hotels and restaurants struggled to recruit staff, with members of the industry estimating that there were 100,000-120,000 posts needing to be filled.

“As it happens, the jobs that we need to fill for the Games are largely based in professional fields which are currently ‘under strain’,” Bernard Thibault of the Olympic Games Comité d’organisation told Le Monde.

Mr Thibault added that if businesses are to successfully recruit people for these posts, it is necessary that “a certain number of things change in these areas,” including “the social conditions in which these jobs are carried out.”

In order to ensure that the available workforce corresponds with demand once the 2024 Olympics arrive, a new online platform has been created to list the Games-related jobs available.

Emplois 2024, which has been set up by Pôle emploi and the Olympic Games organisers, allows companies to post adverts and jobseekers to browse through the nearly 12,400 opportunities already on offer in various different fields.

“On this platform, the public can discover the opportunities being offered right now by the Games, but also the job and training opportunities which will allow them – starting now – to develop the skills which will be really in demand during the organisation of the [event],” said Jean Bassères, the managing director of Pôle emploi.

Along with the jobs created through its Olympic preparations, Ile-de-France is creating 11,000 training schemes per year through its Programme Régional de Formations pour l’Emploi, which aims to give jobseekers key skills in high-demand areas such as restaurant work and tourism.

‘Job dating’ sessions offering a chance for employers and prospective employees to meet are also being organised by Pôle emploi.

On the hunt for volunteers

Ile-de-France will also be recruiting volunteers to assist tourists in key areas around Paris while the Olympics are taking place.

In placements ranging between two weeks and two months in length, the volunteers will help “improve the quality of the welcome and services offered to tourists and visitors,” the Comité régional du tourisme Paris Ile-de-France said.

“For the Olympics in 2024, we hope to recruit 70,000 volunteers,” added Hamida Rezeg, vice president in charge of tourism for the Ile-de-France region.

Ferries, planes, trains: 8 updates for travel to and from France