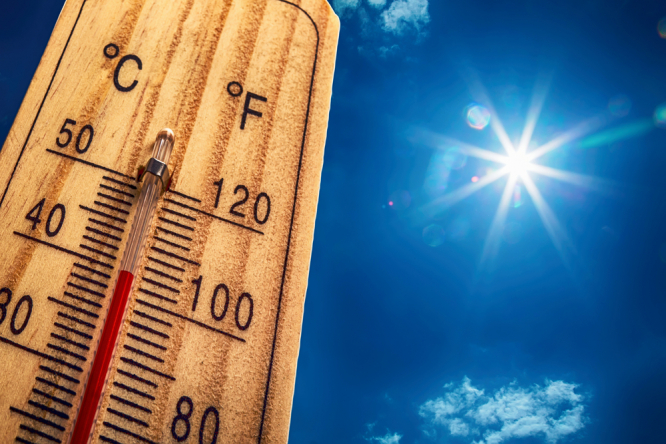 More than a quarter of French departments are now under water restriction measures with more very hot weather predicted for the rest of this week.

Some 27 departments, especially in the south-east and in the Pays-de-la-Loire and adjoining parts of the west, are now concerned by local water decrees. They range from the moderate ‘vigilance’ level, to ‘alert’, ‘reinforced alert’ and ‘crisis’.

More than half of the Var is subject to ‘crisis’ rules (and ‘alert’ in the coastal areas), as are parts of the Bouches-du-Rhône, Tarn, Haute-Garonne and Aude in the south-east, and Vendée, Loire-Atlantique and Pyrénées-Atlantiques in the west.

The French government’s official Propluvia site shows the breakdown of where decrees are in place locally.

In Aude, most of which has risen from ‘vigilance’ to ‘reinforced alert’ in recent weeks, officials have reported one of the driest years since 1959 with a ‘serious’ situation with regard to groundwater levels.

It comes as Météo France states that ‘very strong heat’ will affect the south-east and Rhône Valley from today until the end of the week, with temperatures expected to rise as high as 38C in some areas, or even above 40C in parts of inland Provence. Tomorrow will be the hottest day of all, the service reports.

Night-time temperatures will not drop below 22C in the areas concerned.

Vigilance: Information campaigns; both the public and businesses are encouraged to save water where possible

Alert: Restrictions on how much water farmers can use, restrictions on watering the garden or washing the car at certain times of day…

Reinforced alert: Stronger restrictions on farmers and on watering etc

Crisis: Water only to be used for ‘priority’ reasons such as health, safety, drinking, hygiene