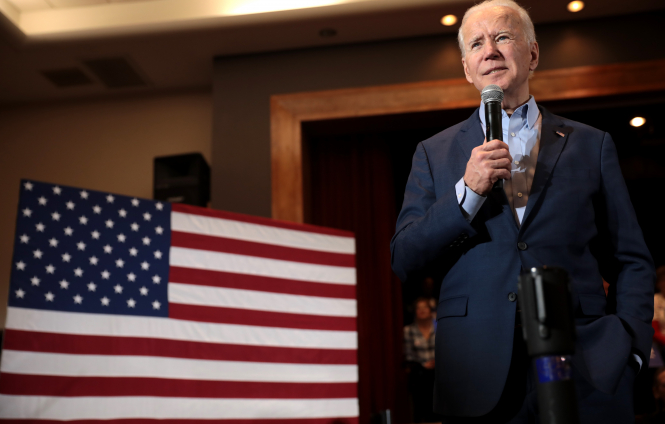 Accidental Americans – French citizens in France who face tax and finance problems due to being born in the US – are pinning their hopes on EU talks with the Biden administration.

Many have no other connection other than their place of birth with the US.

Previous attempts to appeal to President Trump were a failure.

Around 40,000 people in France are affected, with an estimated 300,000 across Europe and President Macron last week offered his support in a letter to French MPs and senators who back the group.

They have at least one French parent but being born in America automatically gives them dual nationality.

At the root of the issue is the 2010 Foreign Account Tax Compliance Act (Fatca), introduced to combat tax evasion by US citizens abroad.

US citizens are liable for US income tax regardless of where they live and Fatca required banks to provide financial information on its citizens abroad or face possible fines.

Even renouncing US citizenship is not an easy fix as it costs €2,000 and it is necessary to prove you are up to date with your US tax returns; it can also incur lawyer fees and fines if filing has not been done regularly. The Connexion reported in December that the Association des Américains Accidentels (AAA) in Paris was suing the US State Department over the cost and claiming it is unconstitutional. The first hearing is expected this summer.

It comes also as the AAA stated on its Twitter feed that one leading French high street bank is starting to close accounts of accidental Americans.

Fabien Lehagre, who set up the AAA to represent those affected said: “Most of us left the States when we were very young and do not even speak English.

“Some of us did not even know we had US citizenship until we discovered our status could deny us access to financial services in France, making it difficult to open bank accounts, start a mortgage or contribute to pension schemes.”

He said there is a glimmer of hope: “In February, the Netherlands raised the issue with the EU Economic and Financial Affairs Council.

At a press conference afterwards, the European Commission said they will bring up the matter once again.

“For Europe, there is the issue of reciprocity over personal data. America asks for information from European citizens but there is nothing in return.

“President Biden understands it is a problem and there are now better diplomatic relations between the US and Europe, which we hope will help us.”

In a letter to MPs and senators dated March 14 President Macron wrote that he is giving “special attention to the issue”.

He noted that France already signed in 2013 an agreement with the US to the effect that banks would not have to provide information directly to the US tax service, but it would be done via the central French tax authorities and with limits on what personal details are provided.

However he said France “actively supports” the wish of accidental Americans to renounce their US citizenship.

There had been some progress but it had to be consolidated, he said. “That is why France is also acting at European level and intends to pursue, with its partners, active dialogue with the new US administration so as to obtain more progress, in the sense of more reciprocity on exchange of financial information as well as making procedures easier for the ‘accidental Americans’.”

One of the pieces of information required is a TIN taxpayer ID number.

Many Accidental Americans left before these were introduced or never knew they had one, so have not been able to supply the information.

France and the US had a temporary moratorium, allowing French banks to supply just the individual’s date of birth if they did not have a TIN, but that ended on December 31, 2019. Since then, the US authorities have said in a letter they will be flexible, but Accidental Amer­icans want a formal response.

While there were some problems opening bank accounts or getting loans in France, in other EU countries, such as Belgium, Germany and the Netherlands, banks have been reported to be closing Accidental Americans’ accounts. On Sunday AAA tweeted there are reports this is now starting at one leading French bank.

Despite hopes of progress, the European Commission has so far said it can put pressure on the US, but that negotiations are required between individual countries and the US.