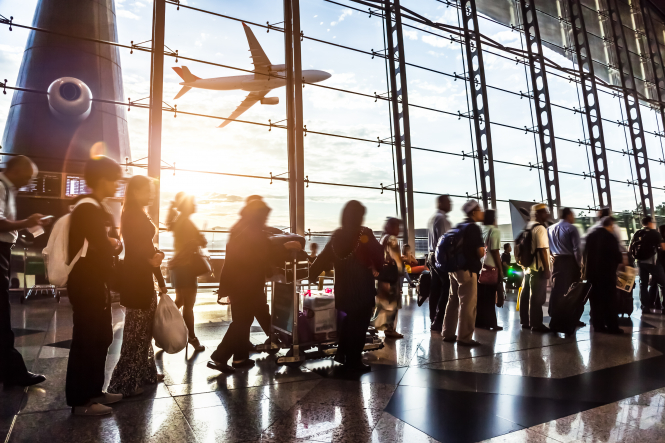 Travellers from Europe must be fully vaccinated and have a negative PCR test result taken within 72 hours Pic: 06photo / Shutterstock

The White House has clarified more rules for European travel to the US, as the Covid ban that has been in place since March 2020 is set to lift some time in November.

It comes as airlines announce an increase to their winter flights offer, despite the current lack of certainty as to exactly when the ban will lift.

Travellers from Europe will be able to enter the US if they are fully vaccinated and can provide a negative PCR test result taken within 72 hours before departure, White House staff said.

They must wear masks during travel.

Some vaccine exceptions may be made, for example, for children who are not yet eligible for vaccination.

Only the Pfizer, Moderna and Johnson & Johnson vaccines were authorised for use by US health authorities. However, the national health body the Centers for Disease Control and Prevention (CDC) has said that it will accept WHO-approved vaccines for travel.

Upon arrival in the US, travellers will have to complete a visual check to verify they have no Covid symptoms, as well as randomised temperature checks.

Quarantine rules vary in different states in the US. In general, health authorities recommend a five-day quarantine for people arriving from outside the US, and a PCR test three-to-five days after arrival.

A contact tracing system will be put in place by airline companies, allowing them to contact travellers after their arrival if needs be.

No date for travel set, but airlines schedule flights

No exact date for resuming travel has yet been given.

The US embassy told The Connexion this morning that a date in “early November” was still planned, with the US government saying it needed time to think about how to implement the changes before it gave an exact date.

However, in anticipation, airlines are rescheduling flights between Europe and the US in the coming months.

Air France has announced that it plans to run 100 weekly departures from Paris-Charles de Gaulle airport to 11 cities in the US this winter, including New York, Boston, Washington DC, Detroit, Atlanta, Chicago, Miami, Houston, San Francisco, and Los Angeles.

It will also reopen a route to Seattle, which has been closed since the start of the health crisis.

The managing director of Air France-KLM, Benjamin Smith, told Le Figaro: “40% of our turnover comes from flights to North America. We have been waiting 18 months for [the borders to reopen], so it’s great news for our sector and our clients.”

Air France tickets are 100% refundable and modifiable for flights booked before March 31, 2022.

The average cost for an Air France return flight to New York in November is quoted as currently being €436.

French Bee, an affiliate of Air Caraïbes, will offer three flights per week between Paris-Orly and Newark Liberty International in New York.

A spokesperson told Le Figaro an “increase in frequency is expected from December”.

Flights to San Francisco will resume on November 2, with two return journeys each week.

All tickets are 100% refundable and exchangeable up to seven days before travel for journeys until March 31, 2022.

The average cost for a French Bee return flight to New York in November is €368.36.

La Companie specialises in business class flights to New York. Its planes have just 76 seats, as opposed to 200 on the average A321 jet, to offer more space.

It is already running four-to-five flights each week from Paris-Orly, and plans to have a daily service in place from November.

It also runs five flights per week from Nice, via Orly, to New York Newark.

All tickets are exchangeable for free up to 24 hours before departure, but are not refundable.

The average price for a return flight between Paris and New York in November is €2,085.38.

The American operator currently runs flights between Paris-Charles de Gaulle and nine cities in the US, with 14 flights running each week.

To improve passenger safety, from November, all staff on flights must be fully vaccinated or pay a €200 surcharge on their monthly health insurance.

All flights are modifiable up to 24 hours before departure but passengers must pay the difference if the new flight is more expensive. Tickets are not refundable.

The average cost of a Delta flight between Paris and New York in November is quoted as €390.90.