All police in France will wear body cameras by July 2021 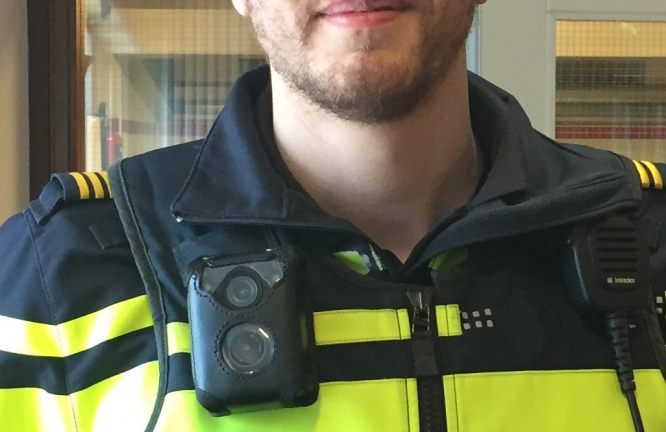 Police body cameras can be worn on the head or torso. They are set to be rolled out as standard in France from next summer.
By Hannah Thompson

The cameras, known as body-worn video (BWV) or body-worn cameras (BWC) - and caméras-piétons (pedestrian cameras) in French - will be attached to a police officer’s uniform, and will be turned on whenever the officer is on duty in public.

They will record interactions and incidents between the officer and the public.

They are intended to collect footage that can be viewed afterwards, as a way to ensure that police are following correct procedure and to check what “really happened” during any contested or controversial events. Their footage may also be used as evidence in the event of a crime, and for training purposes.

Interior minister Gérald Darmanin confirmed to news source LCI that the government has invested in cameras that can be turned on and last all day, for the duration of an officer’s shift. The new technology is set to come into use from July 2021, he said.

Currently, body cameras used by police in France only stay charged for two to four hours, and so cannot be relied upon to film all interactions.

The new cameras have already been purchased and will be distributed to law enforcement from the beginning of next summer, Mr Darmanin said. He added that the cameras are intended to help build public trust in the police, to add transparency to their actions, and to protect both the police and the public.

The measure comes after President Emmanuel Macron pledged to roll out body cameras as standard for all law enforcement officers before the end of his presidential term.

France has been experimenting with the use of BWCs since at least 2013, but tensions exist over the balance between the need for security, and the public’s rights and freedoms.

In 2018, national privacy watchdog, the CNIL (Commission Nationale de l'Informatique et des Libertés), called for more debate on how to ensure that the use of body cameras would strike the right balance between ensuring public safety, and infringing on privacy and rights.

Germany is one of the many European countries to use police body cams (Photo: DDS 47 / Wikimedia Commons / CC BY-SA 4.0)

Currently, BWCs are used to varying degrees across Europe and the world, including in Canada, Singapore, Australia, the UK, the USA, Finland, Germany, Italy, Sweden, the Netherlands, China, and the UAE. Denmark has been credited as the first country to use body cameras.

There are a number of different kinds of BWCs used by law enforcement across the world. Some are attached to the officer’s helmet, others to the torso. Some record all day, while others only start recording after a certain trigger is recorded, such as the opening of a car door, or a siren being activated.

Debate also exists around whether the cameras should be able to record details that the officer themselves would not otherwise be able to see unaided, such as using infrared technology to see in the dark; and whether officers require consent from people being filmed.

Similarly, different countries have different laws on how long the footage can be kept, and where and how it is stored; and whether the cameras can or should use facial recognition ID technology.