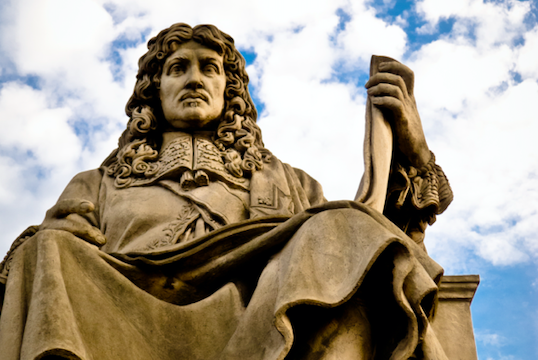 In Paris a statue of slave trade supporter Colbert, which sits outside the Assemblée Nationale, is drawing debate
By Joanna York

Five street name plaques bearing the names of slave traders in Bordeaux (Nouvelle-Aquitaine) have been modified to add historical information, as part of a project to acknowledge the city’s history as a slave port.

As statues of slave traders are torn down in the US and UK amid wider anti-racism protests, Marik Fetouh, deputy mayor and head of equality and the fight against discrimination in Bordeaux, said: “[The issue] definitely resonates with current news at the moment, where we’ve seen people pulling down statues.”

As opposed to removing the road names, he said the city of Bordeaux wanted to make them a “teachable memory", and instead add context and historical information to the signs.

The sign on Rue David Gradis for example, explains that its namesake “sent 221 ships to the colonies from 1718-1789, of which 10 were used in the slave trade”. The sign also has a QR code that directs users to a web page for more detailed information.

The street signs were updated in December 2019, as part of efforts in Bordeaux to address its past as a slave-trading destination. In 2016, a commission of academics, cultural professionals and representatives from relevant associations was created to propose ideas for how to commemorate the city’s slave trade past appropriately.

To date, Bordeaux has created a “memorial route” through the city, including dedicated rooms in the regional museum the Musée d’Aquitaine, and a statue of deported slave Modeste Testas near the city’s docks.

A similar project was also launched in Nantes (Pays de la Loire) , another French city that profited from the slave trade, where a memorial to the abolition of the trade was installed in 2012.

Unrest in other parts of France

Meanwhile, statues of slave traders and their supporters in Paris (Ile-de-France) and Lille (Hauts-de-France) as well as in la Réunion and Martinique are being called into question.

In the capital, a statue of Louis XIV minister, Colbert, who wrote the “Code Noir” (Black Code) establishing laws around the slave trade in French colonies in the 17th century, is a topic of debate.

Ghyslain Védeux, president of black representative council le Conseil Représentatif des Associations Noires is in favour of removing the statue. He said: “Colbert is a symbol of pillaging, of crime, of dehumanisation. There needs to be educational work done, on a deep level.

“We could imagine the statue could be put in a museum with a plaque explaining who Colbert was, what he did and that he was at the origin of the slave trade."

However, historian Dimitiri Casali believes that removing the statute would be a mistake.

In an open letter, he wrote: “We must take on our history. [Removing statues] opens a Pandora’s Box of revisionist history.”