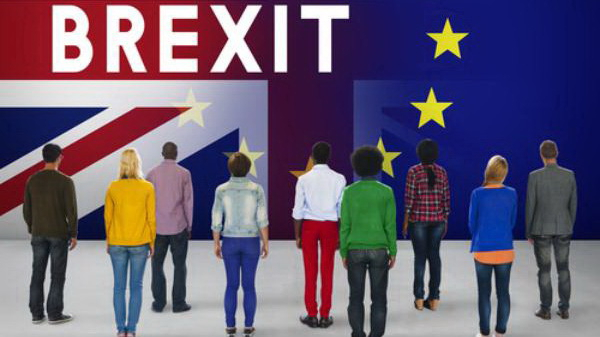 The UK and the EU agreed a trade deal today, December 24, one week before the end of a transition period
By Thomas Brent

Christopher Chantrey, vice-chairman of the British Community Committee of France, has said the trade deal agreed by the UK and the EU today (December 24) is a “relief” but that he was “not going to be opening champagne just because there is a deal.

“If we look at the whole situation we - the British in France and in Europe - are less well-off than we were before the referendum in 2016,” he told The Connexion shortly after the deal was officially announced.

“With the Withdrawal Agreement of January 2020, we lost a bit less as that repaired quite a lot of the damage but not all of it.

“We still don’t have proper recognition of professional qualifications, we don’t have freedom of movement and we’ve lost our European citizenship; this is serious for very many of us.

“It is a relief that we haven’t gone to a no-deal situation at the end of 2020 but the bottom line for us is it’s still not good,” he said.

The trade deal was announced late this afternoon with an EU press conference followed by an announcement by British Prime Minister Boris Johnson.

It comes four-and-a-half years after the UK voted to leave the EU and one week before the end of a transition period during which the UK has remained a member of the customs union and single market.

The new rules apply from January 1 and avoid the disruption of a no-deal Brexit which would have been further complicated by the continuation of the coronavirus pandemic.

The main element of the deal establishes the future trading relationship between the UK and the EU and ends the prospect of the two sides imposing widespread import taxes - tariffs - on each other's goods from January 1.

The deal covers trade but also other issues, such as whether there will be any arrangement to replace the European Health Insurance Card (Ehic). More details are expected to be announced shortly.

President of the European Commission Ursula von der Leyen said “it was worth fighting for this”.

“We now have a fair and balanced agreement with the UK. It will protect our EU interests, ensure fair competition and provide predictability for our fishing communities.

“Europe is now moving on.”

The deal is done. pic.twitter.com/zzhvxOSeWz

British in Europe, a coalition of UK citizens in Europe, wrote in a statement that it too was relieved a trade deal has been agreed between the EU and the UK but that “it does not and cannot replace the enormous and life-changing benefits of EU membership and citizenship that we have enjoyed since 1973”.

EU chief negotiator Michel Barnier, speaking at the press conference, said: "I have just two regrets in terms of our societal co-operation.

"Firstly, the British government decided not to participate in the Erasmus exchange programme.

"Secondly, the level of ambition in terms of mobility assistance is not in line with our historical ties but that again is a choice of the British Government."

Boris Johnson instead has said he is proposing his own worldwide scheme for students to study abroad, named after Bletchley Park code breaker Alan Turing, as a replacement to Erasmus. He said the decision was a financial one.

Since 1987 more than 300,000 UK students have studied or worked in Europe on the Erasmus exchange programme.

Earlier today, France’s Europe minister Clement Beaune tweeted that regardless of a deal today, January 1 will bring changes for British citizens and urged people to prepare.

Following the announcement, the European Commission sent the draft treaty to the member states. If all 27 countries agree to it, ministers on the Council of the EU will agree on provisional application of the agreement on January 1. The UK Parliament will be recalled on 30 December to vote on the deal.