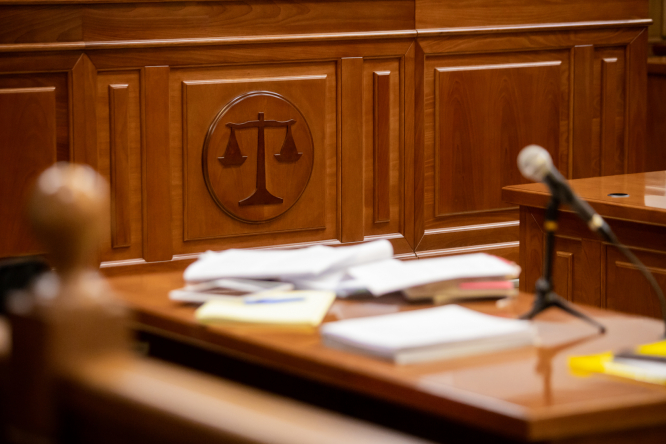 The case is supported by an association called EU Britizens, which you can visit online and donate to Pic: Salivanchuk Semen / Shutterstock

Fifteen European Court of Justice judges, plus a presiding judge, have been named to hear a case about whether it is fair for Britons to have been stripped of EU citizenship due to Brexit.

Alice Bouilliez , 62, from Gers, a former UK civil servant, is taking the case to court with help from barristers Julien Fouchet, of Cornille- Fouchet- Manetti in Bordeaux and Paris, and Jean-Noël Caubet-Hilloutou of the Pau bar, both working pro bono.

She hopes the case could lead to the top EU court ruling that Britons who were EU citizens before Brexit should not have lost their individual EU citizenship as a result of it.

Read more: ECJ is to rule for first time on Britons’ EU citizenship

Automatic loss has been assumed to apply by national governments, such as those of the UK and France, and the European Commission.

If this is ruled to be wrong, this would have wide-ranging effects, such as restoration of Britons’ free movement to live and work across the EU.

At present, Britons are denied this, though people with rights under the Withdrawal Agreement maintain certain key rights in the country where they live (though no vote in local or EU elections).

The court could decide to restrict its ruling to those deemed most affected, such as Britons living in the EU, but Mrs Bouilliez hopes it could extend to all Britons alive during the UK’s EU membership.

This, for example, would restore non-resident second home owners’ right to stay in France for up to half the year.

“The fact they are sitting as the grand chamber means we have been taken very seriously as an incredibly important case to get right,” she said.

The case started when Mrs Bouilliez was unable to vote in the last municipal elections. It argues that loss of EU citizenship causes disproportionate harm to Britons and is therefore unjustified under EU law.

After a hearing in Auch, Gers, last year, focussing on Mrs Bouilliez’s right to vote, the case was referred to the ECJ for a ruling on the citizenship point.

She said they are still waiting for the hearing date, but now hope it will be early in 2022, if not at the end of this year.

The case is supported by an association called EU Britizens (eubritizens.eu), which has a fundraiser for expenses, such as travel and translations and obtaining additional expert opinions.

Official launch of group for Europeans in France