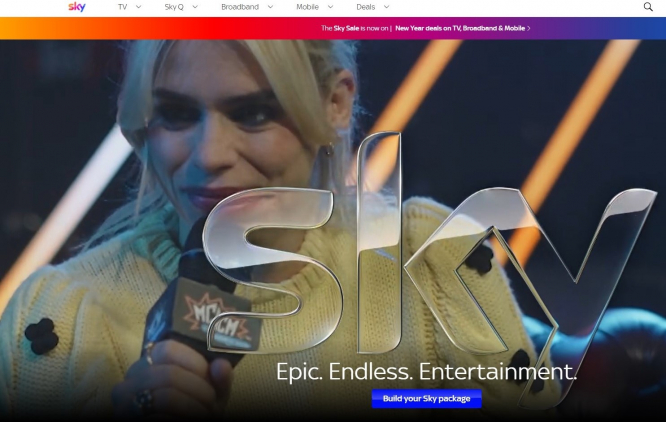 Britons staying in the EU and using apps to access Sky media content are no longer able to stream and download due to Brexit coming fully in to force this month.

Britons trying to access Sky services on their mobiles and tablets in the EU have found they now obtain error messages.

My parents who voted for Brexit and then moved to Spain. A photo story. pic.twitter.com/IJm2lksX5j

This is a consequence of the UK leaving an EU law rule on ‘cross-border portability of online content services’, which was not included in the new future relationship deal.

As Sky states on its website: “From 1 January 2021, you won’t be entitled to stream Sky outside the UK using your Sky Go, Sky Kids, Sky Sports, Sky Sports Mobile TV and Sky Sports Box Office apps.”

These apps are used by subscribers to Sky television services while on the move and could previously be used in the EU.

However one solution could be to download content in the UK and save it on your device before visiting France.

Direct subscriptions to Sky TV are for residents of the UK, Channel Islands and Isle of Man, though some people in France access Sky via other intermediaries.

Some Britons in the EU also access UK-restricted content on the internet by using a VPN so their computer appears to be located in the UK.

According to Sky “this [change] affects lots of online video, music and entertainment services, not just Sky”.

However so far Sky is the main service to which The Connexion is aware of some Britons are saying they have lost access.

The UK government states on its gov.uk website: “The EU Portability Regulation allows consumers across the European Economic Area (EEA) to access their online content services (for example, video-on-demand streaming services, such as Netflix and Amazon Prime) as if they are at home when they travel within the EEA.

“This means that an online service provider must provide customers the same content as in their home state when they are temporarily present in another state. The regulation applies only to travel between EEA member states.

“The EU Portability Regulation will cease to apply to UK-EEA travel from 1 January 2021. In the UK, the regulation will be revoked.

“Online content service providers will not be required under the regulation to provide content ordinarily available in the UK to a UK customer who is temporarily present in any other EEA member state.

“This will not prevent service providers offering cross-border portability to their customers on a voluntary basis, but to do so they will need the permission of the owners of the content they provide.”

The government says whether or not such services are maintained will depend on the terms of their services and licences in place between the firms and the right holders of the content (films, series, programmes…).

The Connexion asked Netflix if there will be any change for people with British subscriptions who visit France, however a spokesman said this would not be the case.

However he said their subscription terms and conditions already meant that, for example, when a person with a British subscription visits France, they have access only to the usual French range of content during the trip, which can have some differences from the UK range. However their service does not stop.

This has not changed, he said.