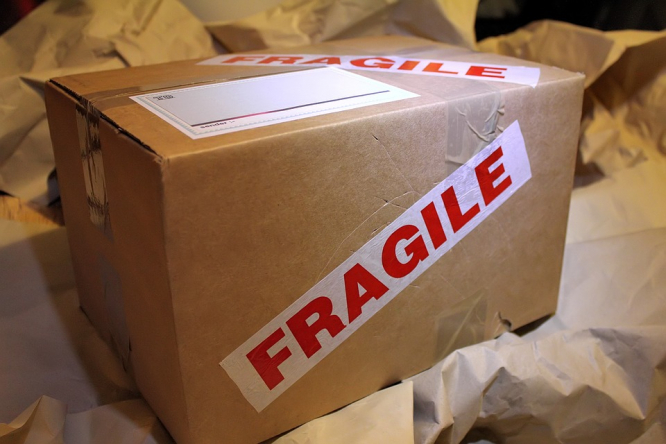 Some Brexit-related problems or extra expenses are being reported with deliveries from the UK to France, however so far they appear to be limited.

One major British retailer – John Lewis – has ceased exports to the EU but states this is due to a change in company focus rather than Brexit and the luxury food company Fortnum and Mason states it is ‘temporarily’ unable to deliver to the EU but is working to re-enable this.

Other changes reported include online fashion retailer Asos stating that orders from its UK site can no longer be delivered in Europe – however it also has a France-based site – and courier firm DPD temporarily suspending road deliveries to the EU.

"As part of our Partnership Plan for the next two years, at John Lewis we have decided to focus on areas of the business that will deliver products and services for our local UK customers," John Lewis said in a statement.

"As such, we are no longer pursuing international expansion and decided to cease our online international delivery service in mid-December."

Under the new Brexit deal there should be no import duties payable, as such, on UK products exported to the EU. However ‘rules of origin’ will mean that they may be payable on goods that include a significant proportion of components from outside the UK.

Another complication is customs forms that have to be completed for packages.

DPD reports suspending EU deliveries due to the added complexity. It has found that many parcels are being provided with incomplete data.

It has therefore decided to “pause and review our road service into Europe,” the firm said, however it said it hoped to resume within days.

While the disruptions appear, so far, to be limited, it remains to be seen if other firms take decisions to stop services if found less commercially viable.

One popular British retailer, Marks&Spencer, notably says on its website for France that they do not anticipate any change to the range and cost of its items for customers in France, however it has already for several years required these to be ordered from its French, not UK, website.

It adds that there will be a customs form if items are coming from the UK, and that the transporter will contact you directly about what it needs to complete the delivery.

One other difference we have noted is that ordering items on amazon.co.uk for delivery to France now attracts an ‘import fees deposit’, which is to cover any additional money that delivery services bill to Amazon due to customs procedures.

Amazon states that if its actual cost is less than the estimated amount billed, you will receive a refund.

For example a purchase of some witch hazel liquid on the site (€6.93) now incurs an additional €2.45 as the deposit amount.

Sending parcel from French home to UK no longer an option