Brexit: Time to focus on future – UK's Ambassador to France 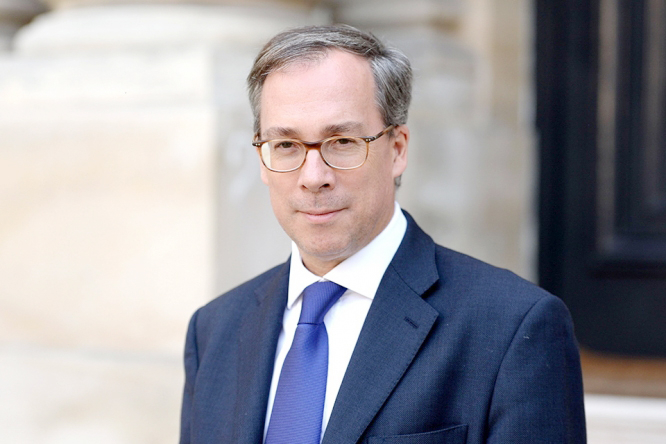 The British Ambassador to France, Ed Llewellyn, is married to a French woman and says a deal was very important to him personally.

He told The Connexion the combination of the Withdrawal Agreement (WA), signed a year ago including protections for rights of Britons living in the EU before 2021, and the new ‘trade and cooperation’ deal, will form a strong basis for the future UK-France relationship.

The new deal includes social security coordination measures maintaining certain key benefits for UK visitors to France, including second home owners, and for Britons who move to France from this year.

A lot of people must be relieved that, at the last-minute, there is a deal rather than no-deal…

First of all let me say 'Happy New Year' to Connexion readers, in these unusual times with this pandemic. I certainly don’t have a crystal ball, but like everyone else I hope this year will be better than last year. Fingers crossed.

The deal did come as good news, just as people were settling into their Christmas Eve. The marathon efforts of the two negotiating teams produced an agreement which is a good one and provides for a solid basis for the future relationship between Britain and the European Union.

It’s an agreement which covers the £670billion of trade between us and provides for zero quotas and tariffs, which is unprecedented. And it goes beyond trade to cover issues like security, science cooperation, transport, aviation and so on. And of course EU rights of British citizens who moved here before December 31 are covered under the WA.

There are also plus points like the continuation of Ehics, or ‘Ghics’ for holidaymakers and second home owners' healthcare…

A number of people do however still feel aggrieved to lose EU citizenship and rights that went with it including voting and free movement to live and work in other EU countries other than the one they live in. What would you say to them?

I understand those who hold that view but I would urge everybody to look to the future. We have a good basis for the EU-UK relationship now and that will be in part the framework for the relationship between Britain and France.

I think we should focus on the future and all the great opportunities that – once we’re through this pandemic – I hope will be there.

Are you able to comment about why participation in Erasmus was left out of the deal?

I think the prime minister explained that in his press conference announcing the agreement. The government has taken the view that it wants to set up a new ‘Turing Scheme’ which will replace it and will focus on Europe, yes, but also the rest of the world, and it will be backed by a good deal of public money and open to tens of thousands of students.

Would it be reciprocal and enable students of other countries to go to Britain, or just one-way?

The Turing scheme is two-way. We will fund UK students to go abroad, and will also welcome international students to study in the UK under the scheme, but expect their institutions or countries to fund this.

What feedback have you had from your French counterparts – are they pleased about the deal?

I think so. The president issued a statement on the night it was announced, welcoming it, and in his New Year message he underlined the role of Britain as an ally and continuing friend. And I think if you look at the statements of French ministers they warmly, and broadly welcomed it, which you would expect because France endorsed the agreement as well.

Is this a basis for the Franco-British relationship remaining as warm and close as it has been?

I think Britain and France have a strong relationship that goes back many decades, which existed before our membership of the EU, 47 years ago, and will exist decades into the future because it’s based on shared values, and strong links between our citizens – of which The Connexion is an important example – and on very strong cooperation across the board especially in defence and security and between our economies.

This year, crucially, Britain and France will be working hand in glove as we approach the COP 26 summit on the climate in Glasgow in December. And Britain has just taken on the presidency of the G7 group of countries, which includes France, and will be taking over where the French left off as far as that is concerned.

Second home owners are disappointed about the 90/180 day limit on visits. Could you see it being renegotiated at some point?

That’s a matter for the French government, but we are not aware at the moment that they have any plans regarding this. I know there are concerns, and they have been put to us as an embassy. This is a change for people. Owners of second homes here need to decide where their primary residence is, the UK or here, and take action accordingly. There are other options available like long-stay visas, that they can find out about from the French Embassy in London.

In the future there will be more paperwork and expense to move to France, and some new requirements, such as income thresholds. Is this not going to mean fewer Britons coming?

I don’t know if one can say that at this point. France has many attractions and in the run-up to December 31 and despite the difficulties due to Covid a number of Brits moved here. And we’ve already had enquiries about moving afterwards. Not a lot but some. I think it’s too early to say. Both countries are very welcoming to each other.

But what about people such as poorer pensioners, who may not meet means thresholds and will not be able to export disability benefits?

There are new rules, that’s true, and people thinking of moving here do need to check the arrangements before doing that.

Some say the UK never really felt at home in the EU – do you agree?

I made a comment to that effect recently and don’t think it’s especially original. Obviously not everyone felt like that. But Britain’s membership was always a subject of controversy among some people. And we have a very long parliamentary tradition and a particular history. All these things explain that, for example, we never joined the euro or Schengen and were outside some other arrangements. That’s all I was referring to, and other people have made the same points.

What would you say are the main benefits to Brexit?

The 2016 referendum on the EU was at the time the largest democratic exercise in the UK’s history. Delivering on its result means that the UK has regained the right to determine its own laws and have full political and economic independence, while having reached a free trade arrangement with the EU based on zero tariffs and zero quotas.

How do you feel personally as Britain leaves the EU as opposed to as ambassador?

It’s hard to separate the two but I have strong links to France, my wife is French and my three children are Franco-British, so I care deeply about their future and the relationship between Britain and France. I’m pleased we have an agreement that will help that strong relationship to continue. It’s a relationship that’s in both countries’ interests and our prime minister has repeatedly made clear his commitment to it and I believe it is true of the French government too.

I am a great believer in looking to the future, and despite the difficulties both countries are contending with today with this terrible pandemic, we have strong links and they will continue into the future.

There is barely a week that goes by when I don’t go somewhere in this country, whether it’s the battlefields of the Somme or the Normandy beaches or elsewhere, where I commemorate and pay tribute to the sacrifices we’ve made together, in defence of the values we share. Those things speak to the closeness of the relationship and long pre-dated our membership of the EU and will long outlast it.

Just in the last few days we have had sad news of the deaths of French soldiers in Mali and that reminds us of the shared values because it’s an operation we are strongly supporting. We have three RAF helicopters there.

Presumably, defence cooperation between the UK and France will continue despite there being nothing specific on that in the Brexit deal?

Absolutely, it’s bilateral cooperation between us, rooted in the Lancaster House Treaty which recently marked its 10th anniversary.

We have heard positive feedback about the new residency cards system – are you hearing about any particular problems or refusals?

Not really, I would just say that I’m delighted about the good feedback – which we have also heard. The rights of Britons here under the WA are a top priority for this embassy and that didn’t stop on December 31 and it will continue this year, next year and for many years to come as one of the main parts of our work.

We don’t want to take all the credit, but we have worked very hard with our French colleagues to try to make sure that site was a simple to use and non-bureaucratic as possible, and from what I hear it’s largely met those expectations.

Anyone having difficulty applying can find information in our Facebook Q&A sessions and our Living in France guide – we have not been able to do as many physical outreach meetings recently but have tried to keep that contact going virtually instead.

And if you are not sure about using the internet, or have other issues, there are a number of organisations helping Britons across France, including several funded by the British government.

Some people applied months ago but have not heard anything yet. Do they just have to be patient?

I don’t think they have to be concerned at this point. The prefectures are dealing with a difficult pandemic, which is placing obligations on them, as it is on their British counterparts. And although you need to apply for this card by July 1, 2021 you don’t need to have received it until October 1. Some prefectures have been specifically reinforced to deal with it, which is good news.

Do you have any final tips as to what to do to make sure things go smoothly for readers?

My main advice would be to go onto the online portal and apply for the card. Secondly make sure you are properly registered for healthcare. We’ve put some videos on that on our Living in France guide.

Ehic health cover maintained by Brexit deal: What to do