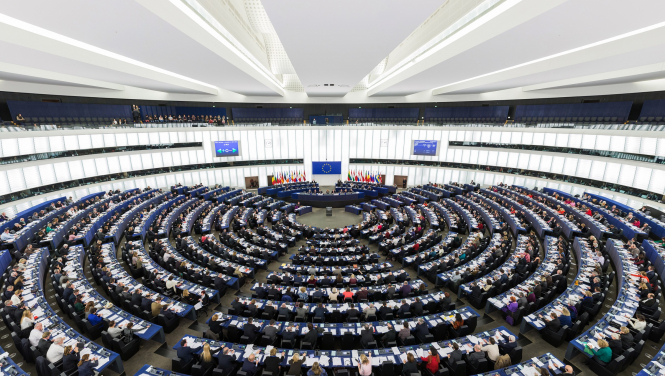 The European Parliament will vote tonight on whether or not to ratify the Brexit future relationship deal – a vital final stage in the process of the UK’s ‘orderly’ departure from the EU.

If the parliament does not ratify the deal then elements such as trade and security cooperation rules, as well as continuation for travellers’ and newcomer expatriate pensioners’ healthcare arrangements, and uprating of the latter’s UK state pensions, would fall away.

If it is not ratified, all UK goods coming into France would be subject to full import duties depending on their category, for example. At present this does not apply to goods made in the UK.

Today’s vote is on the EU-UK Trade and Cooperation Agreement, also known as the future relationship deal.

The agreement has been applied provisionally since January 1 after agreement between UK and EU negotiators on December 24, awaiting this final step of ratification by the MEPs.

Most commentators expect a majority to vote for the agreement today; following overwhelming votes in favour in the MEPs’ trade and foreign affairs committees earlier this month.

The vote will not affect the Withdrawal Agreement, the previous UK-EU deal which covers, among other points, the future rights of Britons who were already living in EU countries before the end of the Brexit transition period.

Debates are already beginning in the European Parliament, with a press conference on their progress scheduled for 14:00 this afternoon and a final vote at 19:55 of which the result will be announced tomorrow at 9:00.

You can watch the talks here at EBS+ Live and the press conference will be live at this link.

Speaking to The Connexion for our May edition, out this week, former British ambassador to France Lord Ricketts, who is a member of the House of Lords EU committee, told us he had feared a possible refusal to ratify due to a rocky UK/EU relationship in the first months of this year.

The MEP’s ratification vote has already delayed from a previous date in March.

Lord Ricketts pointed to rivalry over Covid vaccines and tensions over the rules on the Northern Ireland border, in particular. However he said that the latter situation appears to be moving towards a resolution, making refusal now less likely, in his view.

It is planned that the vote will be accompanied by a resolution in which the MEPs will give their view on recent developments. They are expected to stress the importance of the Withdrawal Agreement, including rules for the Northern Ireland/Ireland border, being fully implemented.

Ehic health cover maintained by Brexit deal - what to do

Abandoned French chateau to be sold by auction - starting at €90,000
15 September 2021
More from Brexit
More from Connexion
Get news, views and information from France
Join the newsletter
Subscribe to The Connexion