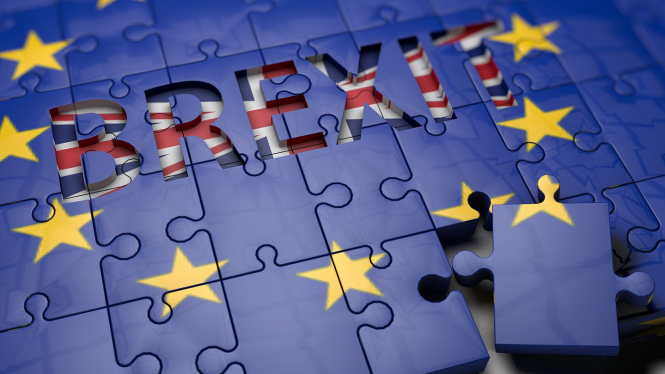 The impact of Brexit on many small French firms is ‘quite awful’, says the vice-chairman of French business sector body Medef.

Speaking today at a conference called Brexit: Divorce or a fresh start? at Le Touquet-Paris-Plage, Patrick Martin said out of 173,000 French businesses of all sizes that belong to Medef, there are 120,000 that trade with the UK.

He said: “Among the 120,000, a quarter have never traded outside the EU and we’re now able to take stock of just how simple and easy the EU makes things in trading relationships, as well as other areas such as universities.

“It’s a rather brutal, painful discovery for many businesses, and my prediction – we unfortunately have some indications of this already – is that it will put off a certain number, especially those that are less well-established or do not have a very large part of their business with the UK, from the UK market.

“And it will contribute to weakening the relations between our two countries on the economic level, but perhaps with consequences beyond that as well. It is quite awful.”

He said that the big groups and medium-sized businesses (with at least 250 employees) had on the whole managed to plan ahead enough to understand what the consequences would be and most were prepared.

“However most of the small businesses, despite messages that the state, media and Medef put out, had been in denial until quite recently,” he said.

“What with the twists and turns of the negotiations, some thought maybe there would be no Brexit. Or it was hard to know if it would be soft or hard and what details would be in the treaty.”

“So there was a lack of awareness of the complexities and burdens this new situation would create.”

“The problem is having the paperwork to prove that I don’t have to pay the fees when I export my goods.

“It’s very technical and when you are doing it for the first time you don’t know what to do, so you must call in a customs broker to help.

“But even they are just getting to know the new rules, adapting, sometimes recruiting people with the right skills… so it’s all taking time.”

He added that on the UK side, one issue had been a lack of enough trained vets to do health checks that are now required for products of animal origin being sent to the EU.

The managing director of large UK medical devices company Owen Mumford, Jarl Severn, said that as a UK company it had been a steep learning curve but it was getting better as they got used to the rules, such as having to make customs declarations.

However one unexpected point was that they send their tools to be repaired in the EU, and now they must declare their value and pay VAT on them even though they own them already.

“We weren’t prepared for that and it took us by surprise,” he said.

The Connexion will also be covering other aspects of today’s talks, which are continuing this afternoon from 14:00 to 17:30 and can be watched online.

Brexit delays and prices rises on British food in France

Customs declarations required to bring many items into France